Four sticks of butter sit dented and disordered on my dashboard, brushed by fading light and soft to the touch. Behind me, a dozen eggs rest snugly in their carton, cradled gently by a hoodie strewn over the backseat. A curious location, perhaps, for such things, but thoughtful, no doubt; my ingredients are sure to be room temperature by the time I arrive home, and then I can bake.

There’s music blaring from the ancient speakers in my car as P, K and I sing our hearts out to Queen’s “Greatest Hits” album. Freddie’s falsetto is difficult to impersonate properly, but that certainly doesn’t stop the three of us from doing our best interpretations.

We don’t hit all the right notes.

We don’t know all the right words.

We don’t even come close.

But we don’t care. 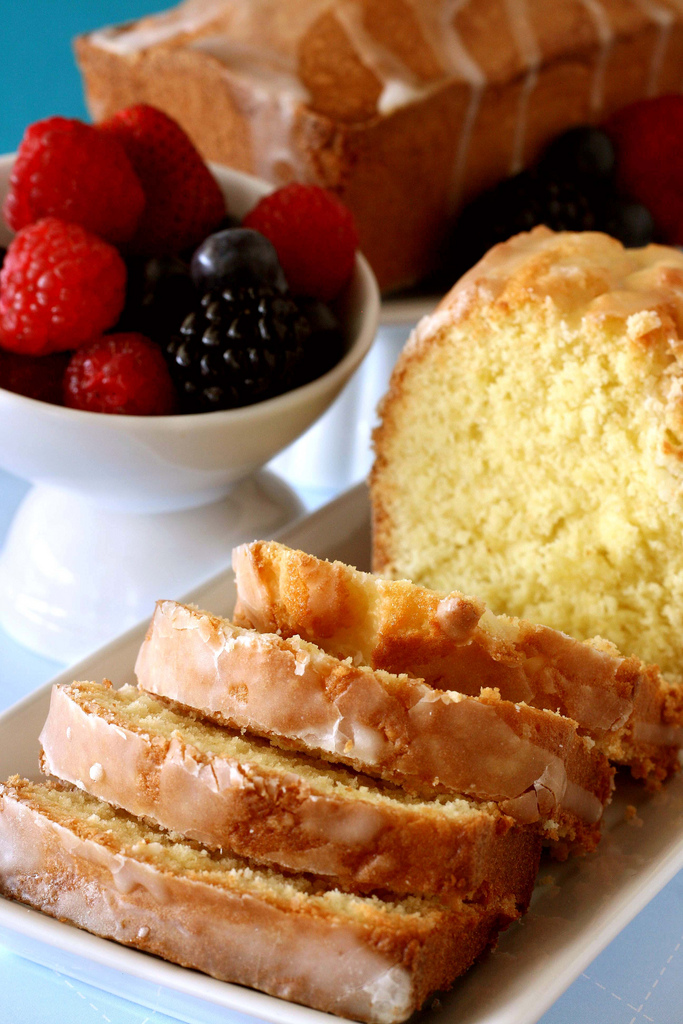 A swing left and a right turn take the butter on a trip, and P reacts just a bit too slowly to save them from landing roughly on the floor. Over Queen’s “Don’t Stop Me Now” (playing, perhaps, a little to loudly for some), and through a broadening smile, he states, very simply that “one’s missing.”

I’m almost embarrassed to admit just how comical the three of us considered his declaration of the missing stick of butter to be.

It doesn’t take much to make me happy.

At the bakery, just over an hour later, our dented butter lay on the tabletop alongside the eggs, a recently purchased pound of pastry flour and a bowl of sugar. After drooling over a particularly inspiring episode of “Good Eats” earlier in the week, P and I had been looking forward to baking pound cake for a number of days. Watching the show, the two of us were eager and excited over the thought of replicating the perfectly light, fluffy and downright sexy batter we’d seen Alton produce. Not only is the process incredibly satisfying, but watching the batter go through the phases (creamed butter and sugar, added eggs and blended flour) is awesome. Something about the batter is so uncommon… It’s just gorgeous!

(Perhaps it’s that pound of butter…?) 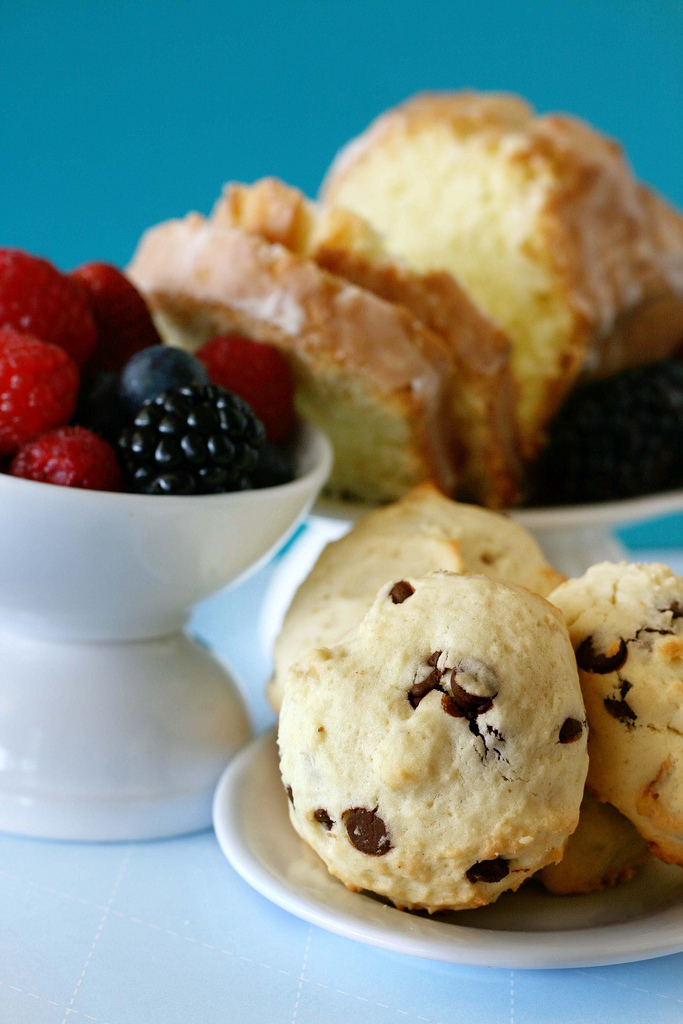 Dividing the batter between the six small loaf pans was a shared task; I scooped and measured as P used a small, carefully-selected and pink spatula to spread the batter evenly within the tins. P suggested making cookies with the remaining batter, fascinated with the viscosity as he folded the mix in the bowl. He seemed almost surprised when I quickly reached for the flour, but still added a heavy dusting along with a handful of chocolate chips and a sprinkling of chopped roasted hazelnuts leftover from the cake I’d made almost a month earlier. Baked and cooled, we decided that the results were a little more scone-like than cookie-like, but delicious nonetheless. I’m totally going to continue working on them.

The simple ingredients and familiar technique employed by this age-old recipe yield beautifully browned picture-perfect loaves. Lightly flavored by vanilla, the unnecessary but welcome addition of a thin lemon glaze over the moist cakes creates a pleasant texture contrast while introducing a brightly acidic note to the palette. It’s simple, it’s easy and it’s gonna make you smile. 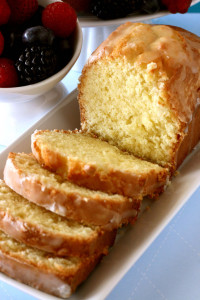 With the mixer on the lowest speed, add the flour in 3 installments, making sure each portion is fully incorporated before adding the next. After the final addition, scrape down the sides of the bowl and then beat for 30 seconds on medium speed until almost smooth.

(It killed me to let the mixer go so long. In fact, I couldn’t; My incessant whining prompted P to stop the mixer after just 20 seconds. I’ve spent so long mixing in the flour until “just combined” that going any longer was incredibly difficult for me! The cakes still turned out very well, but if I make them again I definitely won’t let it go for so long. Just don’t tell P!)

Scoop the batter into the prepared pan(s), dividing evenly if using more than one. Bake for 1 hour (the mini pans took about 30 minutes) or until the internal temperature reaches 210 degrees F on an instant-read thermometer. The crust will be golden brown and will spring back when pressed, but the crack around the center will appear moist.

Lemon Glaze
The juice of one lemon
Confectionery sugar

To the lemon juice, sift in a small amount of powdered sugar and whisk to combine. Add more until the glaze is the desired thickness, then pour over the cooled loaves (preferably on a rack). Enjoy!