On a chilly February day, I find myself venturing carefully down the sidewalks of the main drag just north of campus. Although dutifully cleared, the walkway is menacing and slick under my shoes. Charting my unsure steps over its surface proves to be quite a challenge, but I see myself through by gluing my eyes appropriately to my salt-stained toes. Carrying on in a semi-confident if not slow gait, my down-turned eyelashes protect bright irises from blinding and mysteriously heavy flakes. I’m almost proud of myself for keeping upright in the face of such an ambush, especially with my numbed right hand cupping my cellphone tightly to my equally numb ear.

After I’ve reached my destination, I shift my focus from balance to other inconsequential things. The call, of course, but mostly to the white fluff decorating the corner on which I stand. I anxiously brush a few plowed piles of snow aside with my heel as I laugh, and gently nudge cloudy crystals of salt from side-to-side as I listen. 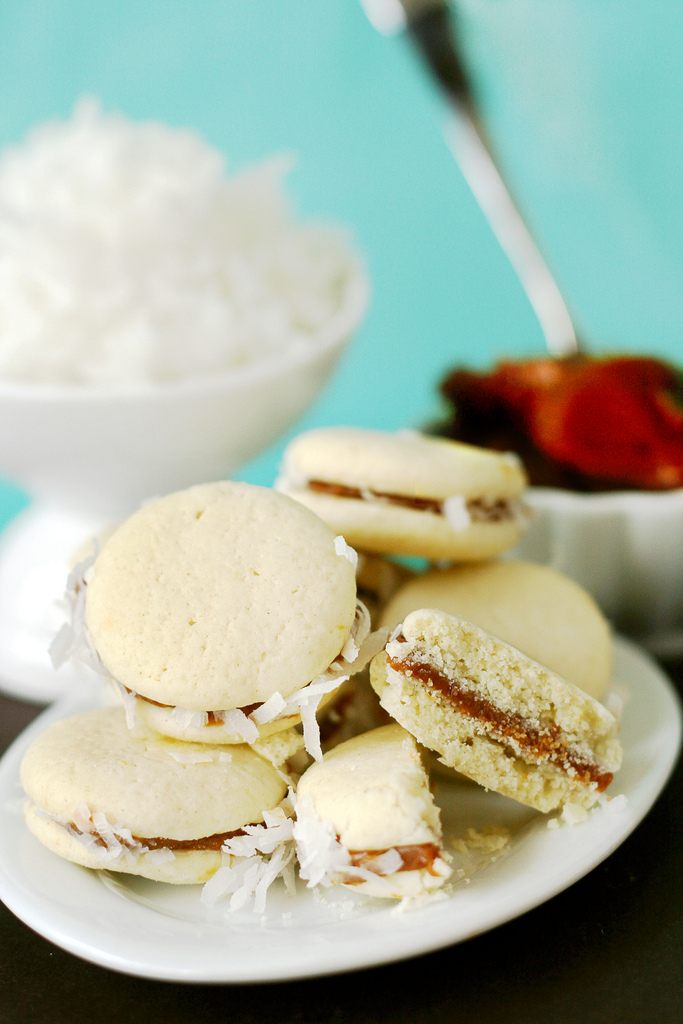 I’ve recently received a fair amount of questions in regard to diet changes on my part. I understand that some of my recent postings may indicate otherwise, but I’m not going vegan. In fact, I don’t have anywhere near enough of the self-discipline required to do so! I am however, helping P with a few baking related matters, most of which involve the finding and testing of egg-free recipes. And for what purpose? Because the lucky kid’s in India, working to improve the diets of students who attend both the college and hostel by which he’s employed. Naturally, these dietary alterations are largely nutritional, however he’s been asked to introduce an assortment of American baked-goods to the girls, at the request of the school’s principal.

However, there are a few complications. Obtaining [what I would consider] common things like cake pans, cupcake liners or even a reliable oven is difficult where he’s located. Certain ingredients are also difficult to procure, or are even obstacles in themselves. Eggs, for example, are a big issue because a fair percentage of Hindu people exclude them from their diets. Since P wants to make sure his desserts suit the diets of as many people as possible, most American recipes are simply out of the question. Especially since the poor kid can’t buy flaxseed or cornstarch or other “common” egg replacers.

I’m doing what I can to help him find simple recipes that can tolerate a lot of guesswork because without a proper scale, thermometer, oven or even a set of American measuring cups, it’s difficult to be very accurate. Despite this, he’s already managed to churn out Peanut Butter No-Bakes, his brownies, my brownies, pancakes and syrup, hard candies, fudge and… P, what am I forgetting? My point is, the kid is roughing it, if you’ll excuse the term, hardcore, and doing some pretty awesome stuff. He’s even played around with a bread starter (appropriately named Godzilla), inspired largely by Jeffery Steingarten’s The Man Who Ate Everything and a very humorous chapter in Anthony Bourdain’s Kitchen Confidential (two great reads, just in case you were curious)! P’s experiences have made me really learn to appreciate all the supplies I have access to in the US.

Back to that chilly February day:

At this point in our conversation, I can’t feel my hand. Either of them, really, because I’ve been switching them on and off four over an hour to combat the effects of the wind. But that’s a negligible detail; my entire consciousness is consumed by our conversation about saltwater taffy, which he made (without a thermometer and on a joke of a stove-top) one evening to entertain guests. What a ham. He really enjoyed laughing at me about it too because even though I have access to what I would consider necessary tools, I still managed to burn both of my hands and screw up the taffy in spite of it all just a few days prior.

He continued his story, but I had to cut him off. Not because the call was getting expensive, but because I saw S rounding the corner and it was time for us to take a big step into the real world.

But I think that’s another story for another day… 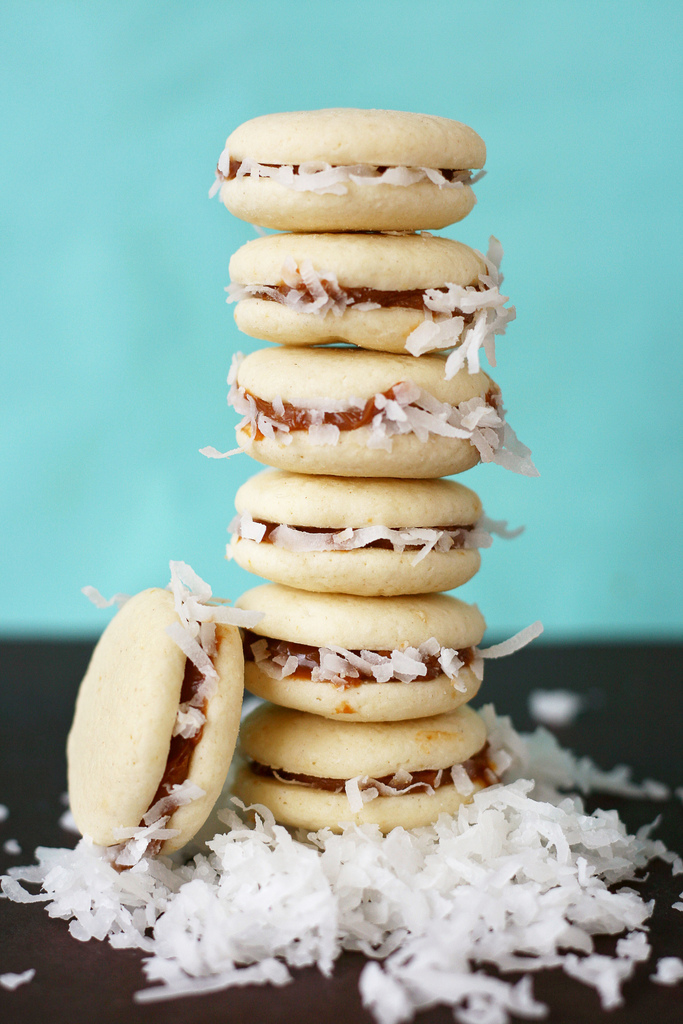 So, what does all of this have to do with Alfajores? Absolutely nothing. They’re just delicious, and I think they got me extra credit in Spanish 201. Either that or brownie points with the teacher. Both are good when exam time rolls around, right? Haha!

So enjoy! Be sure to really cherish and appreciate your measuring cups/scale and ingredients while you make these!

Alfajores via CDKitchen
Don’t be scared by the unholy amount of cornstarch in these. It’s the correct amount – I promise! This produces a lovely and soft dough, but be sure to keep it well chilled while you work or it will stick and you’ll be sad! These delicious gems are well worth the effort.
Printable Recipe

Bake 1 1/2 hours or until thick and caramel-colored, checking water level after 45 minutes and adding hot water if needed.

Let cool, then cover and refrigerate until needed.

Sift together flour, cornstarch and baking powder in a medium-sized bowl and set aside.

Beat butter, sugar and lemon zest on medium speed until smooth, 1 to 2 minutes. Beat in whole egg, then egg yolk, scraping down the sides of the bowl from time to time.

Add half of the sifted ingredients and beat on low speed just to combine. Add the remaining half and beat just until dough comes together. Form two to three disks out of the dough, wrap tightly in plastic wrap and refrigerate at least 2 hours or overnight.

Place a disk of chilled dough on a well-floured surface and roll out with a floured rolling pin to an even 1/4-inch thickness. Cut out circles of dough and arrange 1 inch apart on cookie sheet.

Re-roll scraps as necessary, being careful not to overwork the dough. Refrigerate cut shapes 15 minutes, then bake for about 10 minutes, until they have just set and are slightly puffed but not at all colored. Let cool for 1 or 2 minutes, then move to a cooling rack.