I spent a lot of time outdoors as a little kid. My early years were passed in a very small town to which all the stereotypes apply.

No stoplights. No restaurants. No points of interest and no sidewalks, to boot.
Ok – that last one’s a bit of a stretch. There is one set of sidewalks, lining the historic buildings on the main street, that has been there for years. Housed on one side is a candle factory and the township office, and on the other a party store, yoga studio and fortune teller’s shop. 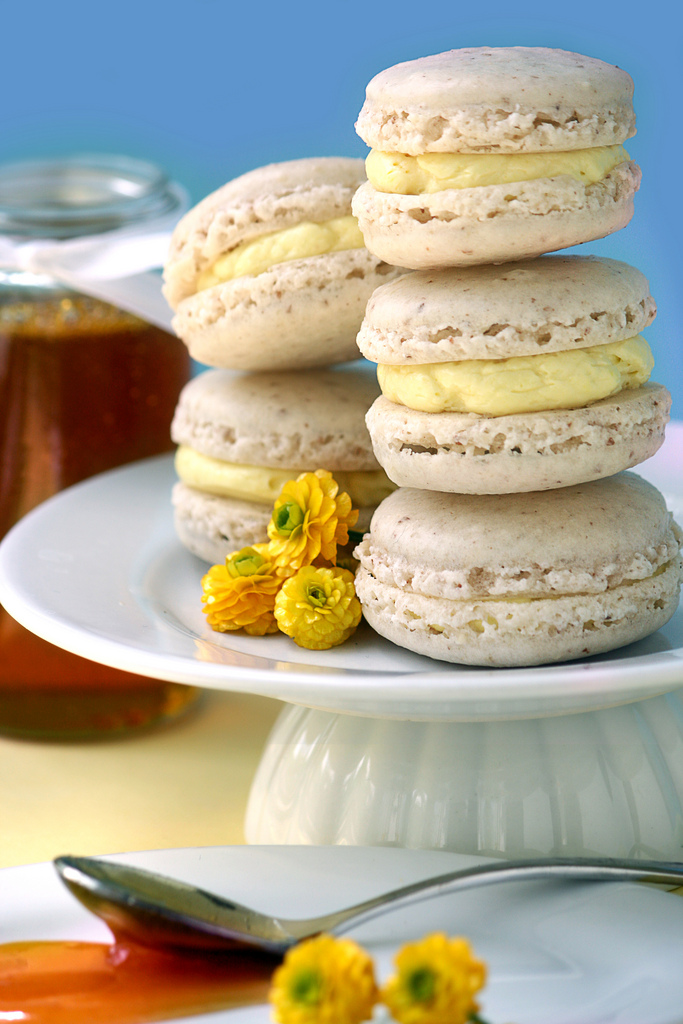 As is expected of anyone from my hometown, I toured the small candle factory once with my parents. Unfortunately, the experience was not entirely memorable. I do remember being awed by their offerings. I remember climbing creaky carpeted steps and I remember watching tall wicks being dipped into hot wax. But there are no faces. No dialogue.

D, my brother, and I used to ride our bikes into town to buy popsicles, ice cream and candy cigarettes from the party store. It was a long trip, and we may have used the town’s lone payphone one evening to beg Dad for a ride home (I’m still angry about that, Mister! Just kidding!), but it was always worth it.

I’ve never patronized the other, newer, shops. However, we did visit the video rental shop that was once housed in the yoga studio. Inside the floorboards creaked under my small feet and the darkly-painted walls held onto shadows. Dust and history collected in the corners and I, wary of their depths, kept myself safely hidden within the shelves and displays.

I never strayed far from my parents in that place.

As I scoured the shelves for titles containing the words “fairy” and “princess,” I found that my interests clashed with D’s. “Rainbow Brite” and “Adventures in Fairyland” were quickly vetoed; but we did agree on a little gem titled “Sigmund the Sea Monster” which, strangely enough, I really enjoyed.

Though many will go out of their way to avoid them, the dirt roads that lead up to the small town center are comforting to me. Whether I was walking, biking, or sitting on Dad’s lap to steer the car (oh, what a rebel I was at the tender age of six), there were no lanes, no shoulders and certainly no police. In the summer they’re frequented by horses, joggers, bikers and tractors; and in the winter, those same roads became picturesque snowmobile tracks – not to mention a great reason for closing school. 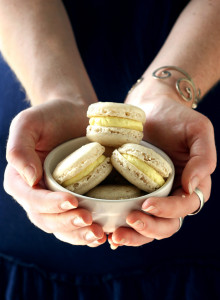 Daisies. Dandelions. Hawkweed. Deptford Pinks. All flowers growing along those roads and creeping further into yards. Behind the barn and garden were daisies, tall and confident, knowing and dainty. They always had just the right amount of petals to prove that little J down the street “loved me so,” even when they didn’t (I miscounted, of course). Shorter and harder to find were the Deptford pinks that dotted the sledding hill; tiny and streaked with silver that I was convinced had been painted on by faeries. And further still, nearing the pond, is the home of the Hawkweed. Sure, they’re nothing fancy, but I was addicted to their distinct and sweet scent. Please tell me that someone else thinks these smell like cake and that I’m not crazy. I swear that I snorted every one I spotted.

I loved them all, and I loved the bugs an insects that visited them, too. But I was unfortunately unable to spend much time admiring them due to their location. You see, we had chickens when I was very young, and roosters do not take kindly to small girls. You don’t know fear until you have heard the steps of a rooster charging behind your back.

I used to carry a crowbar around with me for protection. I’m not kidding. I never struck a chicken, but they were smart enough to understand what a swinging crowbar meant. However, that had a tendency to make them even more upset, which my Aunt C will attest to. She distinctly remembers me running through the front yard in my underwear with a crowbar in my hand and a pissed of rooster on my heels. She also remembers being afraid to intervene, so don’t be thinking I was a sissy or anything. Roosters are jerks.

There was one flower that I could always fall back on. The many petaled blossoms were always waiting for me in the front yard, far from the roosters. They hid the green beneath the blue on sunny days, and painted sunshine directly onto the lawn. Yellow, yellow and more yellow. The bane of landscapers and keepers up of the Joneses. The strong one. The wish granter.

I could pick huge bouquets of the flowers, and there were always plenty more. No one really wanted a vase full of them, and I was always encouraged to pick the others, but they were accessible, free of roaming roosters and brightly colored. A regular Kaitlin target. 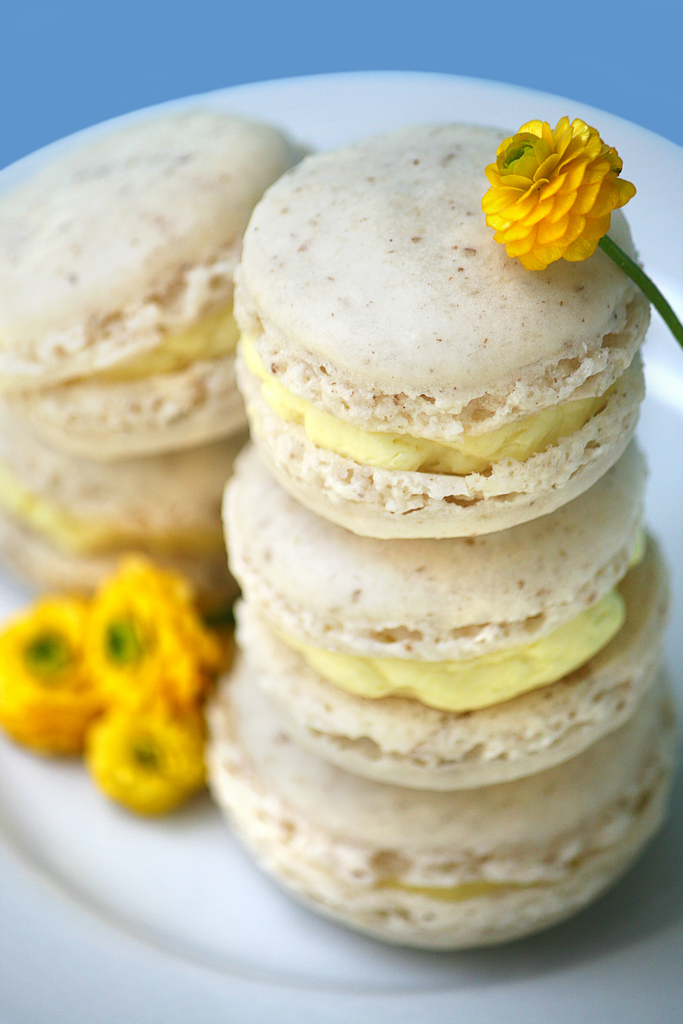 So I picked them. Lots of them. I played the stupid game where you rubbed one on someone’s arm and said it was pee (whatever that was about…), I dissected them, I wished on them, I neatly bundled them and wore them in my hair. But eventually they would wilt, and then they were useless. Just a sad shell of a once happy bud.

I heard stories of dandelion wine and dandelion greens in salad. We didn’t consume such things in our house, but I was always fascinated by the idea of eating something as simple as a weed. Which is why stumbling across a recipe for dandelion jam really drew my attention. It reminded me of being in that small town, and spending summers up to my ears in blossoms. I just couldn’t wait to taste the essence of something so common and familiar. I knew it had to be good, and I was so right. This dandelion jam tastes like an incredibly flavored honey. Smooth on the tongue and just delicately floral. I’ve been eating it thickly spread on toast as a snack and straight of the jar with a spoon when I need a fix. Adding it to macarons just seemed like the right thing to do.

In a stand mixer fitted with the whisk attachment, whip the egg whites to a foam, and gradually add the sugar until you obtain a glossy meringue. Beat just until you can hold the bowl over your head without slippage. Place the almonds and powdered sugar in a food processor and pulse until the nuts are finely ground. Sift them into the meringue, give it a quick fold to break some of the air and then fold the mass carefully until you obtain a batter that falls back on itself after counting to 10. Give quick strokes at first to break the mass and slow down. The whole process should not take more than 50 strokes. Test a small amount on a plate: if the tops flattens on its own you are good to go. If there is a small beak, give the batter a couple of turns.
Fill a pastry bag fitted with a plain tip (Ateco #807 or #809) with the batter and pipe small rounds (1.5 inches in diameter) onto parchment paper or silicone mats lined baking sheets. Preheat the oven to 280F. Let the macarons sit out for 30 minutes to an hour to harden their shells a bit and bake for 15 to 20 minutes, depending on their size. Let cool. If you have trouble removing the shells, pour a couple of drops of water under the parchment paper while the sheet is still a bit warm and the macarons will lift up more easily do to the moisture. Don’t let them sit there in it too long or they will become soggy. Once baked and if you are not using them right away, store them in an airtight container out of the fridge for a couple of days or in the freezer. To fill: pipe or spoon about 1 big tablespoon of butterceam in the center of one shell and top with another one.

In a double boiler, cook the egg whites and sugar, whisking constantly, until sugar is dissolved. Remove from heat and whip (with a stand mixer or an hand-held one) until room temp, about ten minutes. Lower speed and begin adding the butter, piece by piece, waiting until each cube is incorporated before adding the next. After all butter is added, return mixer to high speed and beat until the buttercream comes together. Add jam and use to fill macarons.

Dandelion Jelly via Fat of the Land

Bring water to a boil and add dandelions. Boil for 10 minutes over medium heat, then strain dandelions and return the liquid to the pot. Add the remaining ingredients, then bring to a boil before reducing to a simmer. Stir with a wodden spoon until syrupy. Be aware that this may take some time. To check the finished state of your jam, drop some onto a frozen plate. When it is at the desired consistency, pour into jars to keep in the fridge or can in sterilized jars by sealing them and processing in a hot water bath for ten minutes. in hot water bath for 10 minutes.