I receive A LOT of emails and comments about Swiss Meringue Buttercream. I try to respond to them as thoroughly and promptly as I can, but sometimes I just don’t have the time to do so, and that makes me feel bad.

So, what I decided to do was start a bit of a “how to” series on making different kinds of buttercream. I want to be able to address any questions that you guys may have, and be able to offer guidance with step-by-step photos just so you’ll feel a little bit more confident about trying out the recipes. I know that stepping away from the classic powdered sugar and butter frosting might seem a little scary, but it’s really not that difficult. European buttercreams may take a little longer to whip up and may make a little bit more of a mess, but trust me – it’s worth it. Swiss and Italian Meringue buttercream are less cloyingly sweet than traditional buttercream and, in my opinion, both have a more pleasant mouth feel.

Also, when you present a cake to someone and tell them that it’s frosted and filled with Swiss or Italian Meringue Buttercream, it makes you sound really fancy, and that’s always good, right? Especially since they never have to know that it’s not that hard to make!

How to Make Swiss Meringue Buttercream
A step-by-step guide

The first thing you should do when starting any recipe is to gather your ingredients and hardware. Measure out everything before you start to be sure that you have enough and also to expedite the process. This is called mise en place, which is just a fancy French way to say, roughly, “everything in its place,” and it is very, very important. 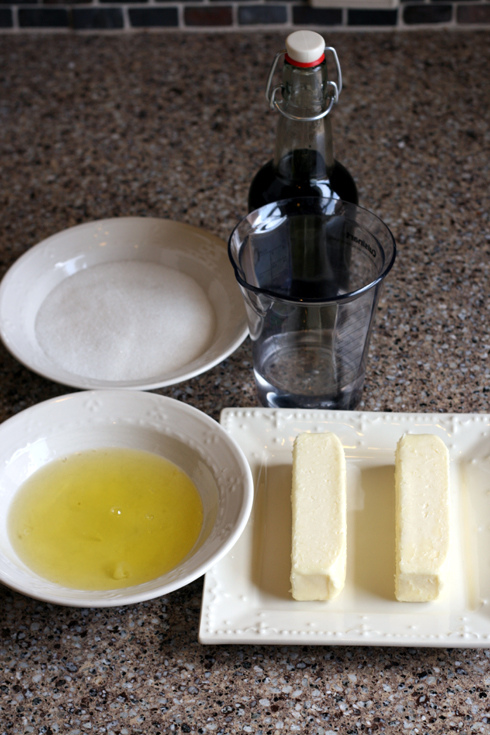 Alright, now that you have your ingredients ready, let’s move onto hardware.

We will be using… 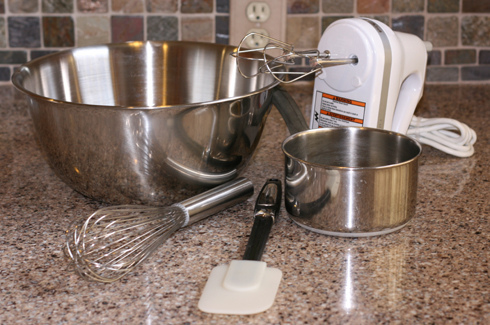 Leftover buttercream may be kept in the refrigerator for a week or two or frozen, well wrapped, until needed. Just be sure to bring it to room temperature and whip well with a beater before using.

It also freezes well. Just thaw it overnight on the counter before using it. It needs to be room temperature before you start whipping it.

I hope your next batch of buttercream is incredible!

Makes enough for a dozen cupcakes or a 6″ cake. Double this to frost a 9″ cake.