Defiantly reorienting beneath my weight, my shoes finagle their way into the predetermined path lain in the snow. Constructed of what may as well be rock, previously-taken steps cut through what was once a pristine plot of white snow; perfection’s fissure. 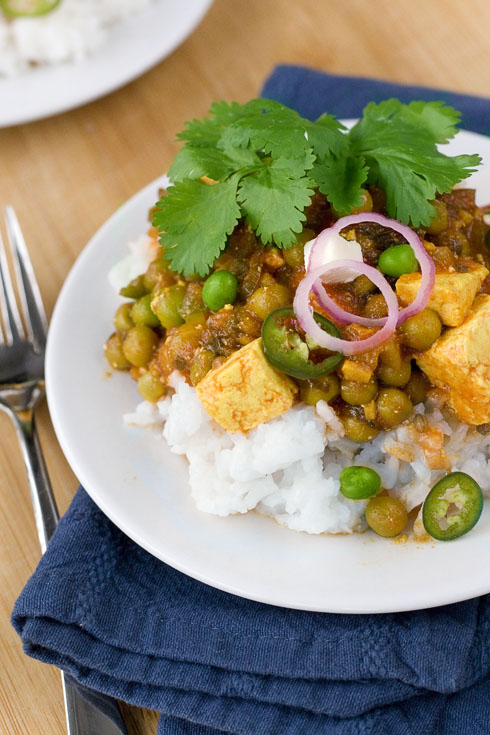 I take full credit for the engraved steps in front of this apartment complex, remembering the day after the first snow in which I found myself too tired to properly approach the building via sidewalk. After a twenty minute walk through what I would consider a blizzard, a defenseless expanse of snow was the last thing that would stop me from a hastier respite in a warm building.

And so, I lifted my objecting legs into the fluff and shuffled triumphantly within. Soaked from the heels up, my heavy jeans collected flakes as I messily divided the billowy white covering. A pile to my left and a pile to my right; behind me a wake of chaos and disorder, as if a boat had somehow permanently disturbed the placid surface of a lake. Up to this point, midway through the courtyard, there had been no thoughts in my head besides the simple innate desire for warmth and shelter from the falling haze. But suddenly, noticing the wake behind me as I shifted my weight from one foot to the next, I felt a tinge of guilt. 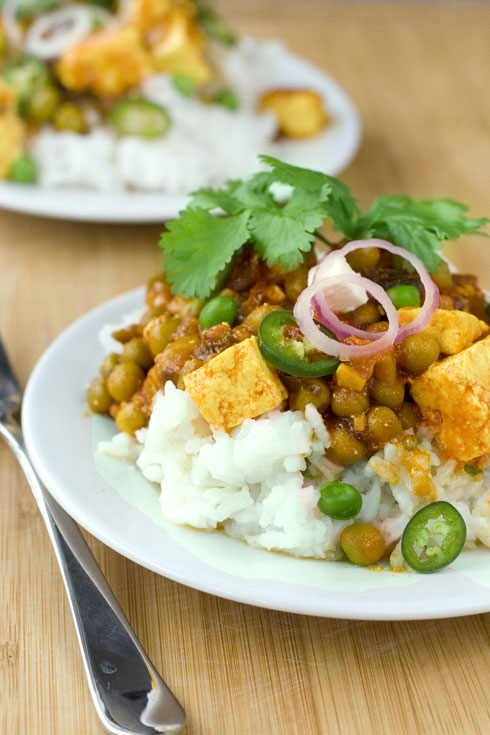 Destroying the once undisturbed covering seemed quite like a sin at that moment, as if harassing it with my feet was something I would be punished for at a later time. I realize that it’s just snow (at best, frozen water), but I felt, somehow, that it was not mine to destroy. I had taken the same short-cut across the grass in warmer months, but without the springy vitality of the blades, it suddenly seemed altogether wrong. And yet, finding myself halfway through, there wasn’t much I could do in the way of erasing my path.

So, I continued, contemplating my actions and eventually coming to the conclusion that I was not in the wrong. As I completed my final stride with a satisfying thud on the doorstep, I imagined my handiwork – an unintentional and nature-made trail of breadcrumbs – newly and comfortably sprawled out behind me. With solid shoes and a poorly thought out plan, I decided that my feet had paved the way for many tired soles behind me, allowing for attempted matched steps or simple permission to cross the snow.

As the days passed, the path widened. Remaining pronounced despite the continuous downfall of snow, it was clear that it was being appropriately employed.

One day it turned to slush and threatened to disappear. 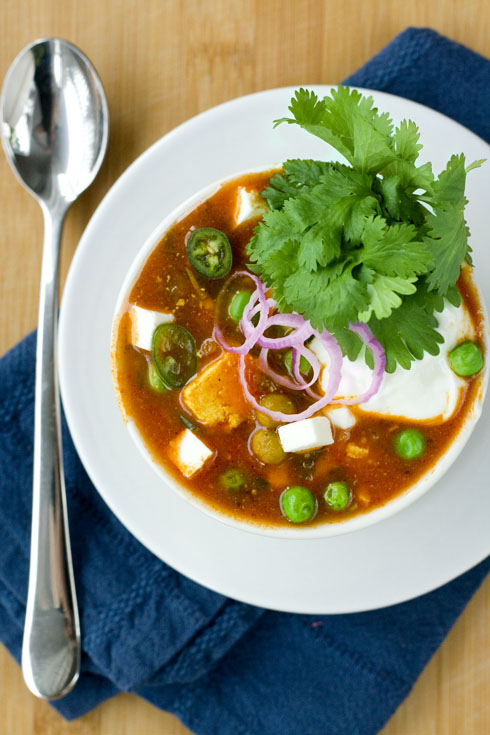 The next it froze into a solid block of continuous grey, mimicking rock and crushed pavement.

And on that day, dear reader; being faced with strong winds, numb extremities and burning cheeks; I thanked myself for being, at times, rash and inconsiderate. Because coming in from the cold is one of the best feelings there is.

Mutter Paneer via P
Warm yourself up with a bowl of this Mutter Paneer! This loose curry warms you with both the burn of serranos and its gentle warmth over a serving of rice.
Printable Recipe

Paneer
It is not necessary to make the paneer from scratch as it can certainly be purchased from international markets or grocery stores with well-stocked international sections. Making it at home is just more fun!

Bring the milk just to a boil, then reduce heat. When all bubbles have disappeared, add the lemon juice and let set 5-10 minutes, stirring occasionally, until large curds develop. Pour into a colander over a large bowl lined with a double layer of cheesecloth. Fold the cheesecloth over the curds and place a plate topped with heavy cans on top to press out the whey. Allow to drain for 1 hour. Squeeze the curds well, then tightly rework the cheesecloth. Allow to drain in the refrigerator overnight before using. Makes approximately 1 lb 10 oz of paneer.

Place oil in pan over medium-high heat. Add cumin seeds and coriander, then cook until they pop, about 3 minutes. Add in the onion and salt, stirring constantly and cooking until well-browned, but not burned, about 15-20 minutes. If necessary, pour in a few tablespoons of water to deglaze and prevent sticking while cooking. After the onions are cooked, turn the heat down to medium and add the jalapenos, ginger and garlic to the pan. Cook about five minutes, being very careful not to burn. Pour in the tomato sauce and paste, then sprinkle in the garam masala, cayenne and turmeric. Stir to incorporate, then cook 3-5 minutes to caramelize the tomato sugars. Pour in the water (to desired consistency), peas and paneer, then cook for one minute longer. Adjust seasonings if desired and serve over rice.