Unable to find a seat, I braced my shoulders against a wall of my friend’s studio apartment. After greeting me with a hug at the door, he’d quickly planted himself on the couch, draping his arm around a quiet-looking girl I’d never met. Suddenly aware of my situation, I conducted a quick scan of the remaining faces, coming to the realization that I didn’t know anyone besides my friend.

Although I like meeting new people, I was a little uncomfortable. I couldn’t decide how to stand, where to look or what to do with my hands, becoming increasingly antsy as the seconds ticked by. I had had the misfortune of standing with my back to the television – which everyone else was watching – when I entered the room, and wasn’t sure if I should reorient myself or strike up a conversation with the girl in front of me.

So I shuffled my feet. Awkwardly.

Each pair of eyes was entranced by the screen. My friend’s guests stared as if it were a chest of riches, everyone greedily consuming the fortune of visual occupation within. So they all watched.

I’d been painfully aware of his gaze since I entered the room. His penetrating stare began when I entered the room and hadn’t faltered since. Feeling insecure and claustrophobic, I avoided his eyes and twisted to lean on my left shoulder. Finally deciding that I, too, was more comfortable watching the TV than standing in silent defiance toward the crowd, I settled into my new stance. A veil of comfort swept over me, but it was brief; out of the corner of my eyes I saw him lift himself swiftly from the couch, then step in my direction.

A quick glance granted that his face was painted not with interest and attraction, but with complete curiosity. Panicking, I took stock of myself, desperately trying to discern any abnormalities making themselves known on my clothing, hair or face. Looking down at my shoes, I recollected that I had brushed my teeth before coming over, that my shirt was stain-free and that I was completely comfortable with the way my hair looked. 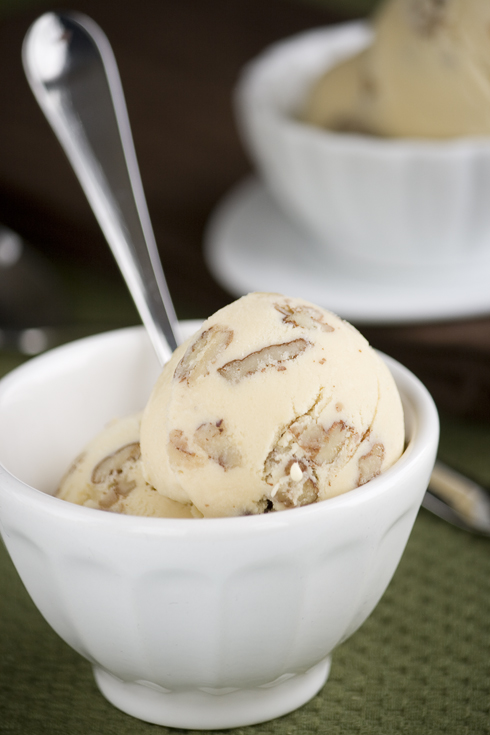 Still spinning, I realized that a second pair of shoes had entered my periphery. I sheepishly focused on his all-black Converse, then traced connected limbs upward to meet his face.

It was too late.

“Hey. Uh… This is probably going to sound strange, but… Have you ever broken your nose?”

I didn’t respond. I stammered, but that hardly counts.

“I don’t mean to be rude,” he allowed, “but I just noticed that your nose slants to the left. Kind of. Just a little – honestly, it’s hard to tell – but I was just curious, you know. It seemed like it might be a good story.”

Two years ago I would have been appalled by this “exchange,” stunned into a hurt silence and in need of escape. It would have stayed on my mind for weeks, haunting my every day and filling me with nose-related insecurity.

But that day, I laughed. He was serious, but he was just trying to make conversation, which was comforting. “No, I’ve never broken it, but I know it’s crooked,” I said confidently. “No one’s ever mentioned it to me, but trust me: I’m a girl. I’ve noticed” I finished with a smile, aware that he appreciated my explanation, and we continued talking.

The conversation was a warm blanket in the room of cold strangers, but I was distracted with my own thoughts while we spoke. I used to really hate my nose, but it’s stopped bothering me because I’ve learned to embrace all of my “imperfections.” I’m not skinny, I’m not the smartest, I have terrible fashion sense and I’ve got a bit of a dirty mouth.

But I’m happy – and lucky – to say that I truthfully like myself the way I am. Crooked nose and all.

So, stranger, I’ll take your lighthearted remarks about my appearance in stride.

You just better be ready for me to tease you right back.

————————————–
If you’re interested, my friend Jordan posted an interview with me earlier this week on his amazing blog, Kitchen Karate!

Place the chopped pecans in a pan over medium-low heat and cook, tossing frequently, until you can smell the nuts and they are lightly toasted. Remove from heat and quickly stir in the butter and salt. Set aside to cool.

Put 1 cup (142 grams) of the brown sugar, the milk and the cream into a medium saucepan. Begin cooking over medium heat, stirring occasionally.

In the meantime, place the remaining 1/2 cup (71 grams) of brown sugar in a large bowl with the egg yolks. Whisk until ribbons form, keeping an eye on the cream. Just before the cream mixture begins to boil, use a ladle to add about 1/2 cup (118 milliliters) of the hot cream to the egg yolks and whisk immediately to combine. Pour the egg yolk and cream mixture back into the saucepan and continue cooking, stirring frequently, until the mixture has thickened. A good test to see if it has thickened enough is to dip a spoon into the custard, remove it and run your finger from the top of the spoon to the bottom. If the line from your finger floods over, keep cooking. If not, it’s done!

When the custard has thickened sufficiently, remove it from the heat and pour into another container. Allow to cool slightly, then press plastic wrap over the surface and refrigerate overnight.

At this point your nuts should have cooled to room temp, so put them in an airtight container for later use.

After your custard has cooled completely stir in the vanilla. Pour it into your ice cream maker and freeze according to the manufacturer’s directions. Just before putting it into the freezer to set up, stir in the buttered pecans.