It happened suddenly and involuntarily. One second I was asleep and the next I wasn’t; instantly transported from the field of my dreams into my too-hot and too-small bed of reality.

I’ve forgotten what it was, exactly, that I’d been dreaming of. I don’t think that I even knew at the time, but that doesn’t surprise me. It seems almost a rule that my sleeping and stimulation-deprived mind escapes and runs off when I’m not conscious enough to control it. A straight-forward fact that results in me almost never being able to recall the events of my dreams. 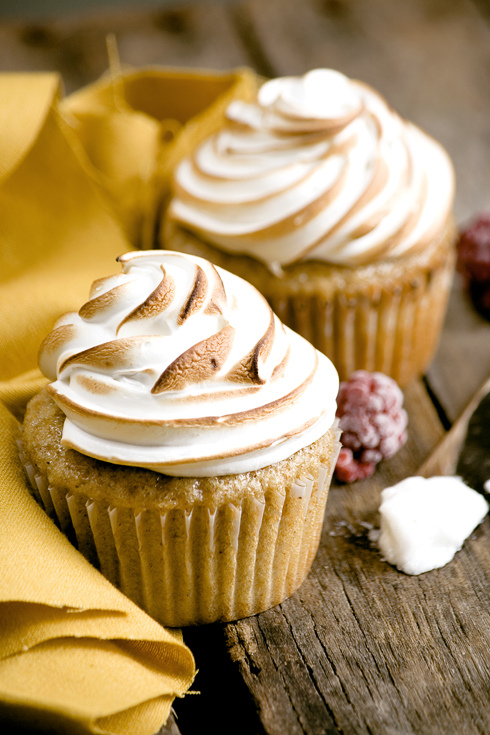 But, honestly, that usually doesn’t bother me a bit. Dreams aren’t really “my thing,” and figuring them out just doesn’t interest me like it does for some.

Except for this week. I wish I remembered something from those hours – anything – to clue me in on why it is that I keep waking up in a panic. Being torn abruptly from my sleep without explanation is both terribly frightening and frustrating, particularly when it happens multiple times per night.

Last night, for instance, was a gem. The shades were down, of course, but an unfortunately placed streetlight outside my window casts a subtle glow through the cracks. The light was just enough to define the silhouette of my robe hanging at the foot of my four poster bed, which, naturally, was the first thing I saw when I woke with fear-widened eyes. After having recently used my knowledge of internet memes to accidentally frighten a friend (to whom my meme knowledge pales in comparison), it was a rather brutal transition into consciousness to awake thinking a certain tall and slender being was so near to me. 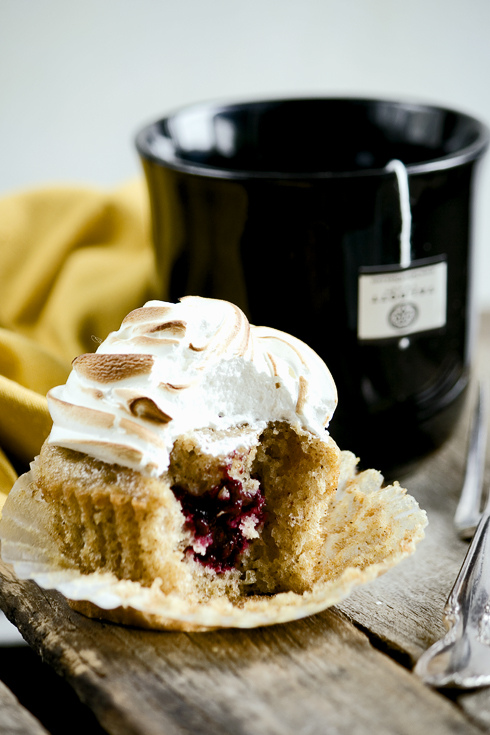 I cursed aloud and surveyed the room, damning myself for leaving not just one, but both closet doors cracked. Without looking, I extended my arm to pat the surface of my nightstand for my phone which I had, of course, situated as far away from myself as possible that night before falling asleep. Eventually successful in my search, I fumbled frantically with the device between my fingers, attempting, with little luck, to turn on the display as quickly as possible. But, of course, turning on the display made things immediately worse as it prompted me to envision the white glow on my face as a target for whatever the hell it was that was surely lurking in the shadows of my room.

I pressed the lighted display to my blanket-covered chest, feeling intensely vulnerable. I briefly considered turning on my ceiling light, but the thought of being able to plainly see what I was so inexplicably sure was hiding about in my room made me nauseous.
However, being now more than a few seconds into the realm of consciousness, rationalization was starting to kick in.

I was still feeling disturbed (a word Jaclyn of Food + Words so appropriately used this morning to describe the feeling), but I knew that my robe was not Slender Man, that the shadows were empty and that the bright-white display on my phone would do no harm to me besides hurt my night-adjusted pupils. I realized that falling back asleep would not only be safe, but wise and that the only other living thing in my room was, perhaps, the growing but harmless pile of dirty laundry trying to escape from my hamper.

But the most important realization of all was this:

If I was smart, I would stop watching zombie movies right before bed. 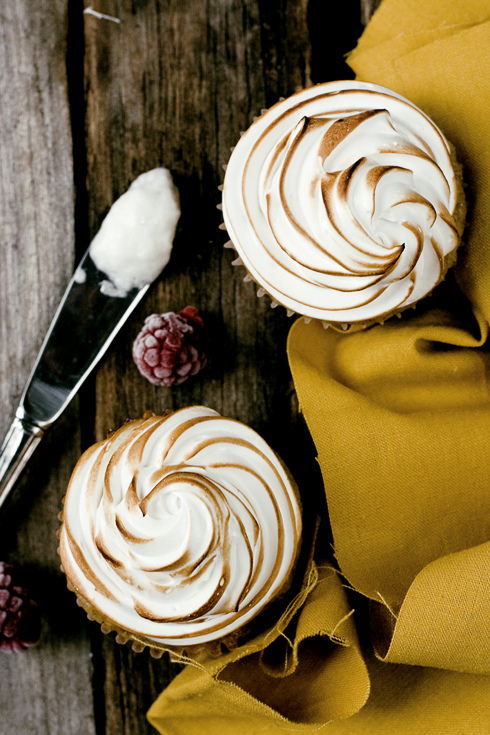 But that probably won’t happen.

Cinnamon Graham Cupcakes with Mixed Berry Filling and Swiss Meringue
These cupcakes are not overly-sweet, very light and pleasantly moist. Make them with whichever fruits you have on hand, fresh or frozen, and serve without telling your guests about the surprise inside.

Cinnamon Graham Cupcakes
This recipe made 9 which I realize is an odd yield, but that’s what happened, sooooo…. Yeah.

Preheat the oven to 325F (160C) and prepare one cupcake tin with cupcake liners. Set aside.

Whisk together the flours, cornstarch, brown sugar, baking soda, baking powder, salt, cinnamon and nutmeg in a large bowl. After combining thoroughly, make a well in the center and add all of the remaining ingredients. Whisk just until smooth.

Portion batter into the pan, filling cups 2/3rds full and bake 18-20 minutes, until a toothpick inserted in one comes out with only a few crumbs attached. Cool, in pan, on a rack for 5 minutes, then remove from the pan and allow to cool completely on the rack before filling and frosting.

*If you do not have buttermilk, pour about 1/2 tsp of vinegar into your measuring cup and fill remaining measure with regular milk. Let set five minutes at room temp before using (milk should curdle slightly).

Mixed Berry Filling
The exact ingredients and ratios for the filling aren’t terribly important. Use the fruit you have in the quantity you like and cook until thick.

Combine all ingredients in a small pan and cook, stirring occasionally, over medium-low heat until reduced and thick. Press through a strainer to remove seeds, if desired. Let cool.

Heat a pot of water to a simmer.

Remove from heat and beat on high speed until cooled to room temp, about 10 minutes. Beat in the vanilla and frost cupcakes immediately.

Core the cooled cupcakes by cutting a circle (about 1″ in diameter) on the top of the cupcake with a sharp knife. Cut straight down as deep as you like and use a spoon to help gently scoop out the core. Carefully trim part of the core off and discard (ie: eat) the bottom part, reserving the top. Fill the cupcake with a scoop of the filling mixture and top with the reserved piece of cupcake, pressing gently to seal. Repeat for all cupcakes, then frost. Toast topping with a kitchen torch to brown, if desired.