“Hey, I think sat behind you in Marketing last semester.”

I tugged the ear bud from my left ear, letting it fall neatly over my shoulder and turned to see the source of the voice. Sitting [ironically] behind me, was an innocent-looking guy. Blue-eyed, blonde-haired and messy-headed, he stared at me expectantly with a smile, waiting for a response. 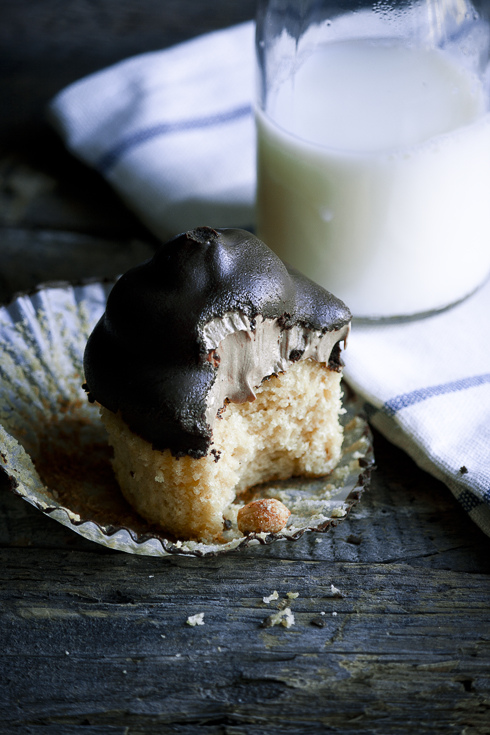 Surely not what he’d hoped for.

I searched my brain for his face, desperately seeking a connection. It was true that he bore a rather striking resemblance to a former classmate, but one from high school – not college. I continued to try, but I just couldn’t place him. And, unfortunately, the deeper I spun, the more his smile faded.

He allowed me relief; sharing his name. He was B. He smiled again. “Well, what’s your name?”

It was a simple question, I guess. Part of the give-and-take of introductory pleasantries and the first step of truly getting to know someone. It’s how it goes. I know it. I wasn’t surprised.

But there’s this battle in me that involves the answer, and it started years ago. What is my name? 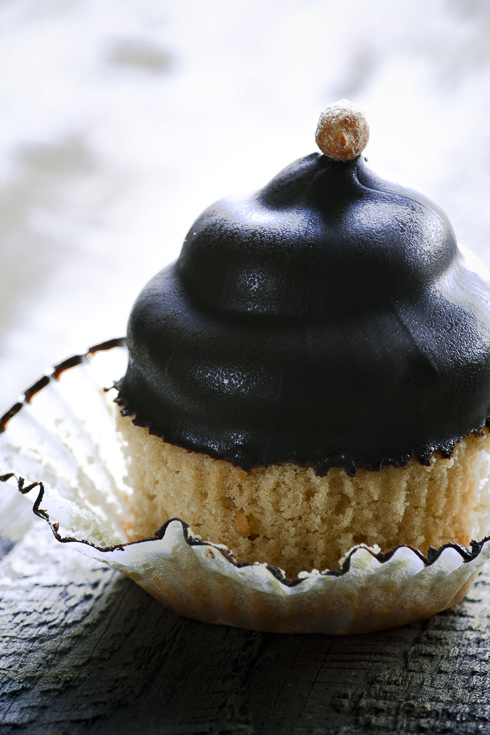 Before college, I was painfully shy. Shy to the point that I couldn’t breathe properly when talking to strangers. So shy that I could count on my fingers the amount of people I was comfortable looking in the eyes. And shy, not in an adorable and darling way, but in the most unfortunate way. The way that makes you weird and unsure and awkward and scared. The way that prevents you from being cool or popular or any number of things that young kids spend their childhoods so desperately trying to be.

I was, however, fortunate enough to have friends, most of which I met in elementary school. We were a scrappy bunch – none quite like the other – that enjoyed gushing over The Jewel Kingdom in the cafeteria, drawing in class and beating up boys on the playground. In a good, comforting way, we were united in our “oddness.”

As such, I was good within my circle of friends. It expanded and shrunk a few times over the years, but always for the better. I could always talk to them – even look them in the eye – without fear of judgement. But if they weren’t around, I was silent. I didn’t try to make new friends, I didn’t talk to or look at other students and I didn’t make any effort to overcome my shyness because I didn’t think I could. I sat in the back of the class with a book on my desk and hair in my eyes, calm and collected as long as I was left alone.

I knew, however, that that was no way to live. The summer after I graduated from high school and was getting ready to move into the dorms at MSU, I promised myself that I would be more open and less shy. I didn’t really know how to go about it, but I was determined to try, so I went after it head-on.

For my first couple of days at MSU, I ate breakfast, lunch and dinner with a new person. I filled my tray and picked a target, forced myself to make small talk and got some phone numbers. I didn’t keep in touch with any of them, but I got over that initial fear of meeting new people, which was huge for me. In my dorm room, I left my door open and made a point to say, “hello,” to anyone I passed in the hallway.

Which was how I met A. 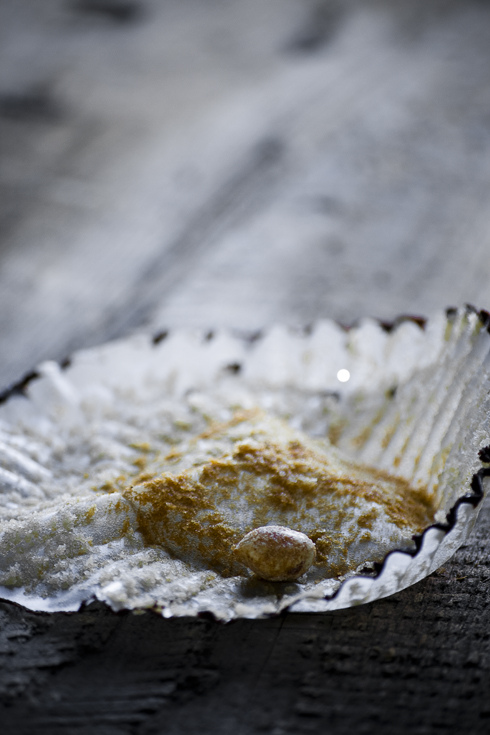 A was a goofy guy who was always laughing and saw the best in everyone. He was easy to be around, which was a relief for me, and knew how to take and make a joke like nobody’s business. So, naturally, when he forgot my name a few days after we met, I refused to tell him again. And he, naturally, decided to start calling me Candy.

Initially, it didn’t occur to me that the name Candy had racy connotations. I thought it was cute and appropriate considering my love of all things sweet, so I didn’t mind when the rest of the people on our floor started calling me Candy, too. To be honest, I still think it’s an innocent nickname; regardless of what A meant when he dealt it to me.

He was my first friend at MSU, and the first person who made me believe that I have no reason to be so shy. His nickname was a daily reminder that I was succeeding in stepping out of my shell. Without making a big deal of it, A taught me that I am worth talking to. He convinced me to forget fear by teaching me to handle awkward silences with panache and that people aren’t inherently mean. I didn’t realize it until recently, but I’d been waiting my entire life to meet him just so I could learn how to function socially.

Since then, there are people in my life who have only known me as Candy. For a long time, if anyone asked, I was Candy because that’s what all of my closest friends called me.

B smiled again. “It’s nice to meet you.” 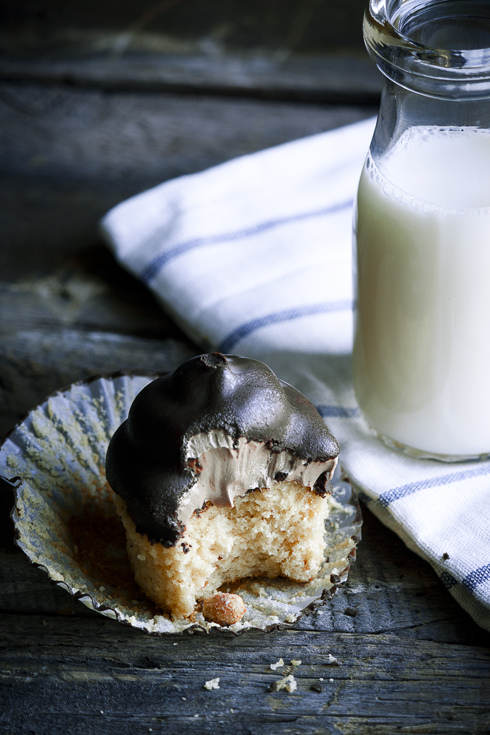 I may still be a little shy and awkward, but you know what? I embrace it. I’m not a social butterfly and I don’t want to be. Everyone’s got their off moments and I’ve learned – thankfully – that they’re nothing to be ashamed of.

I’ve lost touch with A, but I’m thankful for everything he taught me whether he meant to or not. In his words, “life is full of awkward moments, but they’re only awkward if you believe them to be. So don’t. You’ll be happier for it.”

P.S. For those theatre geeks out there… I’m Shy.

I liked these cupcakes, but I found them to be a little dry and reminiscent of cornbread. Which wasn’t necessarily bad, just not quite what I was going for. My only changes to this recipe were to add an additional tablespoon of sugar and use natural, chunky peanut butter. Do you have a good moist peanut butter cake recipe?

Preheat the oven to 350F and line 2 muffin tins with 22 liners. Set aside.

In a small bowl, whisk together the flour, baking powder, baking soda and salt. Set aside.

In the bowl of your mixer, beat the butter and sugar on medium speed until light and fluffy, about 5 minutes. Add the peanut butter and mix to combine, scraping down the edge of the bowl. Add the eggs, one at a time, beating well to incorporate each and scarping the sides before each addition. Add the vanilla and sour cream and beat until well-combined.

Divide the batter between the 22 cupcake liners and bake 18-20 minutes or until the top springs back when light pressed. Cool on racks in pans for 3 minutes, then remove cakes from pans and allow to cool completely before frosting.

After all of the butter has been added, add the vanilla and melted, cooled chocolate and turn the speed back to high. Whip for about 3 minutes or until the buttercream comes together.

Frost cooled cupcakes with buttercream. Place on a baking sheet and refrigerate or freeze until the frosting is cold and firm to the touch. When the cupcakes are ready, prepare the chocolate dip. Transfer to a deep container. Dip each cupcake and hold upside down over the dip for about five seconds to let excess drip away. Place back on baking sheet and top with a peanut. Once all of the cupcakes have been coated, store in the fridge to set. Serve at room temperature.