In response to an earlier post, I still haven’t decided what I want to do with my life.

I’ve still got my marketing internship (currently playing around with some fun social media stuff that I’m hoping I’ve got time to integrate in this space sometime soon), but I’ve added a position as a baker to my schedule recently as well.

They’re a cool crew – a small one – dedicated to producing fresh, local, downright delicious food that you just won’t see anywhere else. I had been a big fan prior to May, which was when I started working for them, but I never imagined that I would be fortunate enough to be part of the team. I just showed up on as close to a weekly basis as I could manage, partook in one or two of their weekly specials, and went on my merry way.

Occasionally doing so instead of going to class. 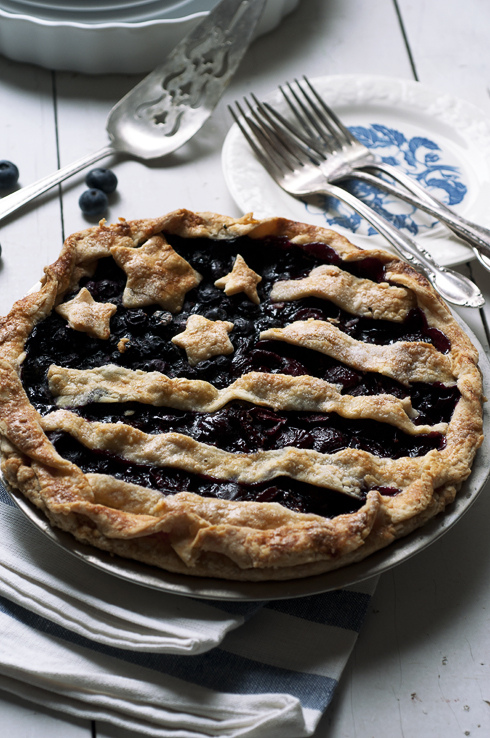 But I don’t think any of you will find that particularly surprising at this point.

Still, our interactions were mostly transactions. Little more than cash one way and food the other.

Every week held something new, so going to the truck for lunch was inspiring, exciting and educational. And I, of course, showed my excitement in the most timid way possible: by keeping quiet.

I sorta knew the girl at the window, but only because I tweeted at her from the cab of my car. She was always friendly and definitely recognized me, but it took forever for me to introduce myself. With a take out box on my lap, I ritually expressed my love for their food and business in 140 characters or less, too shy to give my name and nowhere near confident enough to even think of discussing food with them. It went on like this for a number of months, until one of my bosses, B, connected us at a community event. He told them I should start baking for them and, to my complete and utter surprise, they wanted me on board.

So, like I said, I started working for them in May. I’ve learned a lot, eaten a bunch and had the good fortune to meet a lot of passionate and friendly people since I started. I’ve felt the satisfaction of being able to sell something I made, been able to play to the tune of the seasons and am thoroughly enjoying being around people who actually care about their food again. 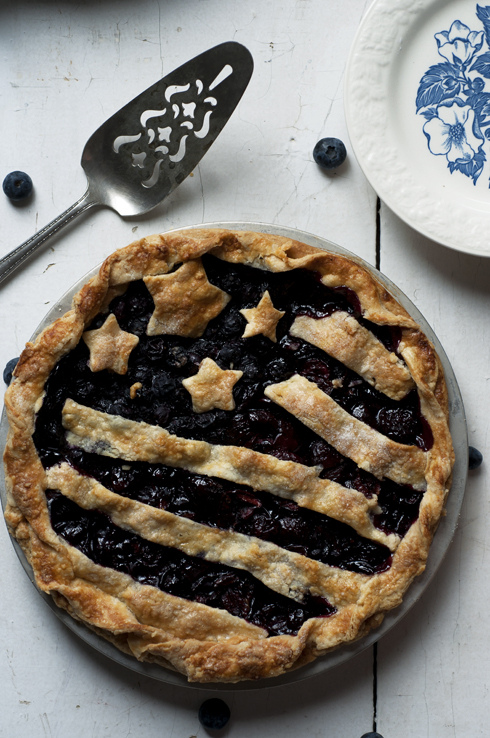 I’m trying to keep the blog updated. Trust me, I have no intention of putting off updates, it’s just been difficult between work and socializing lately. When I’m not at work, I’m hanging out with my friends and family. And when I’m not doing that, I’m baking. Taking the step from experiences and recipes to photos and stories has just been a bit beyond my capabilities lately.

But I’m ok with it. I mean, I hate not updating, but I’m happy with how things are going otherwise. So as long as you don’t mind waiting, I’ve got lots of good stuff coming!

Berry Pie inspired by Woman’s Day
The cherries for this pie were a gift from my boss. They were picked at her parents’ cherry farm in northern Michigan. Though the weather was hard on this year’s crop, these are definitely some of the best I’ve had! I took it to a 4th of July/graduation/birthday party at my friend’s place and it disappeared rather quickly.

Anyway, you guys are going to hate me for this, but I don’t have a strict recipe for you. Here’s a guideline:

Make enough pastry for 1 1/2 crusts, line the tin with most of it and set aside the leftovers for lattice. Mixed enough blueberries to fill 1/4 of pie with some sugar, cornstarch, nutmeg and lemon zest and set aside. Mixed enough cherries (sour, preferably. I used sweet and the color suffered) for 3/4s of the pie with cornstarch, cinnamon and sugar, and set aside. Cut a strip of cardboard and bend it into a 90 degree angle. Use it to pour the blueberries into the smaller portion and the cherries into the other. Dot with butter, top with lattice, brush with cream, sprinkle with sugar, and bake until lovely and bubbly!