D is a good guy.
When we were young, we didn’t get along.

He chose not to speak much, but when he did, his remarks were often calculated and hurtful. He had a knack for exploiting my insecurities in the most creative ways; shaming me into a pathetic down-on-myself funk from birth through most of high school.

Our parents advised that I ignore him, but it was impossible. How could I possibly be expected to ignore my brother? I’d already spent my entire life with him, and I’d be spending the remaining years with him too, to some degree. I tried, of course, obedient child that I was (am?), but I learned quickly that the silent treatment was a poor choice. Suddenly bothering me was a challenge – and D just couldn’t pass that up. 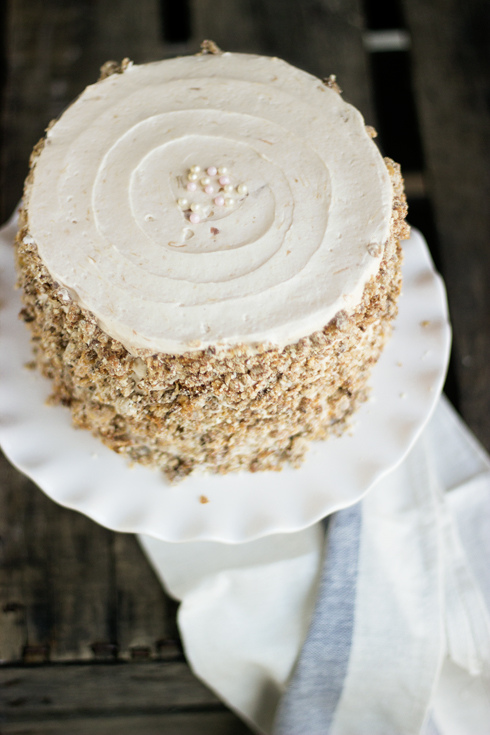 But, really, D is a good guy. Looking back, now that I can see kids from a vantage more similar to my parents, I understand that their constant chorus of “ignore him” was more of a last resort plea than a command. There’s only so much you can do to stop kids from fighting. The struggle made us stronger anyway, right?

My entire family assured me that someday he and I would be friends. It was a laughably unbelievable thought – often given as consolation while they scoured the room for tissues, band-aids, or both – but it was also a fine distraction. Immediately, the conversation changed from a one-sided squealing “he hit me” saga to a stubborn and immature “debate;” the gist of which being that I was right and they were wrong. The end.

But it shocked me recently to realize that they were actually… Completely right. When I moved out of the house for college, D and I didn’t really keep in touch. Not consciously, exactly, but we just didn’t have a whole lot to say to one another. To top it off, he worked 3rd shift, so even when I did go home, he was usually asleep. The only time I saw him was if I happened to be around when he was rushing to work after a shower, and the only time we spoke was if he chose to mumble, “hey,” as he passed through the kitchen, jingling his keys. 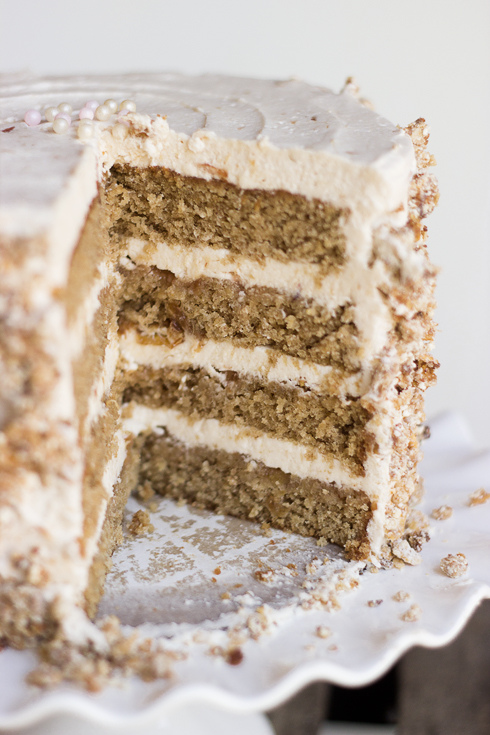 But that has changed recently. We text – not a lot, but some – and he even starts conversations with me. When I go home, we talk. He shares vegetables from his garden with me. And, much to my surprise, he occasionally comes to visit me. And we actually have a good time hanging out together. It’s like an alternate reality. Spooky. How appropriate for Halloween, hm?

He says he doesn’t, but deep down I think he really likes to meet new people, and I think that’s part of why he likes East Lansing so much. It makes him nervous, but c’mon; who doesn’t get a little nervous around new people? Every single one of my friends has liked him, which is something I never would have thought possible 5 years ago.

And even better than enjoying meeting people, D likes to help people. It’s a cliche, but I honestly believe he’d give the shirt off his back to someone in need. He’s always helping someone with something – and he’ll often do a kind deed without being asked – or mentioning that he’s done it. 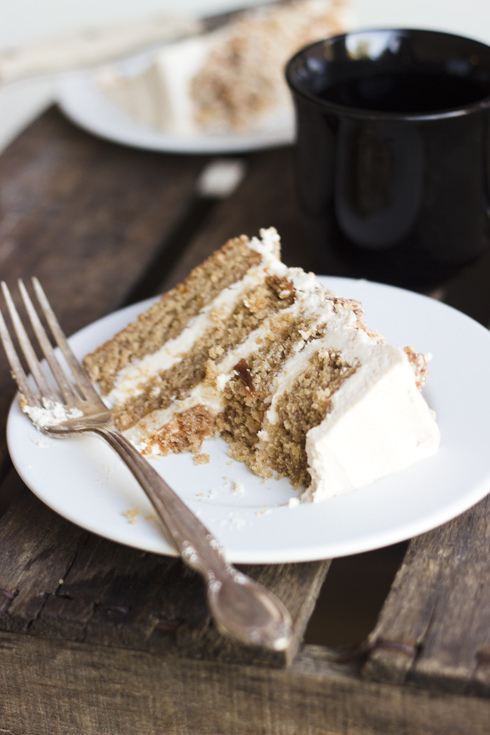 Much to my surprise, underneath that mean little kid facade, the 22-year-old is actually a pretty cool guy. And I finally got to meet him. 21 whole years later.

Who could have guessed?

PS: Family: don’t go telling him I wrote this. He’ll probably puke and never speak to me again. Love ya! 😉

Preheat oven to 350F (use an oven thermometer!) and oil and line two 6″ pans. Set aside.

Process the oats in a food processor or blender until ground and powdery, about 2 minutes. Pour into a microwave safe bowl and pour milk over. Microwave 30 seconds – 1 minute, until warm. Stir and set aside.

Combine the flour, baking powder, cinnamon, ginger, salt, and baking soda in the blender. Set aside.

Cream the butter and brown sugar until light and fluffy, about ten minutes, scraping down the sides of the bowl. Add the egg yolks, one at a time, mixing until very well incorporated. Add the 1/2 the milk and oat mixture, then sift in 1/2 of the dry ingredients. Add the second half of each. Set batter aside.

In a separate, clean, bowl, whip the egg whites and remaining 1/3 c sugar to soft peaks. Gently fold into batter in two additions, adding the candied ginger at the very end.

Portion between the pans and bake 32-36 minutes, or until the cake springs back when lightly pressed. Cool in pans for 10 minutes, then invert onto plastic wrap, wrap tightly, and then refrigerate until well-chilled.

Place all ingredients in a pan and cook gently over medium low heat, stirring occasionally. Cook until reduced and thickened, being sure to enjoy the smell! Refrigerate until cold. Remove ginger slices, cinnamon, and vanilla (squeeze out the vanilla seeds into the compote) before using for cake.

In a double boiler, cook the egg whites and sugar over medium heat, whisking constantly, until the sugar is completely dissolved and the eggs are hot to the touch. Pour into another bowl (a stand mixer is preferable) and whip on high speed until room temp. Then, on medium-low, add the butter, waiting until each piece is completely incorporated before adding the next. The buttercream may turn into a soupy curdled mess during this process, but if you continue beating it for a few minutes it will become light and fluffy. Add the vanilla and beat to combine.

Oat Crunch inspired by Christina Tosi’s Milk Crumbs
Apply this to the cake the day of serving. Otherwise it loses its crunch.