I hate being told to relax.

Winter break is over now, and as I look back at how I spent it, I’m in a funk. I want to be more laid back and take more time to just… I don’t know…  Do absolutely nothing before I graduate, but I can’t even stand the thought of just… Not doing something.

I haven’t been blogging as much lately as I used to, but it’s because I’ve got other hobbies, projects, and personal things taking to forefront as I transition from school into reality. 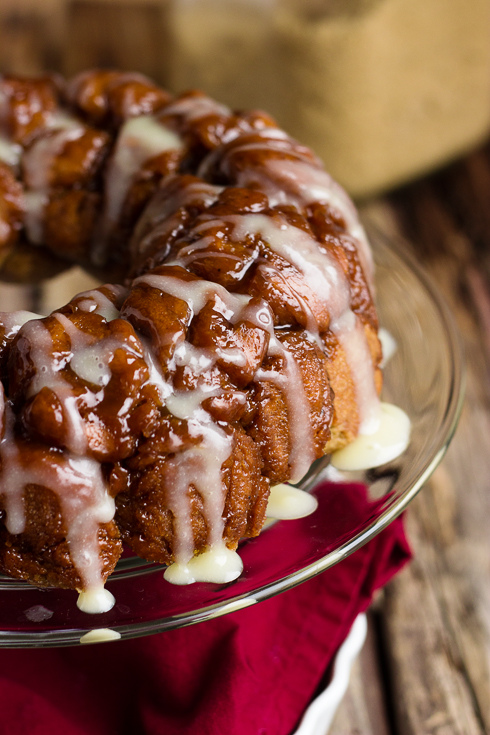 Regardless, I’ve been keeping occupied, and I like it. I don’t mind being busy, because it means I’m accomplishing – or working at it at the very least – something. I’m driven by successes and the process of achieving it, so I feel like I’m wasting time if I’m not working on something. Which is why I’m not big on watching movies and television; if I’m going to be idle for any amount of time, I like to be doing something sort of productive, too. Cooking. Baking. Knitting. Drawing. I don’t want to just sit and consume. I want – no, need – to produce. 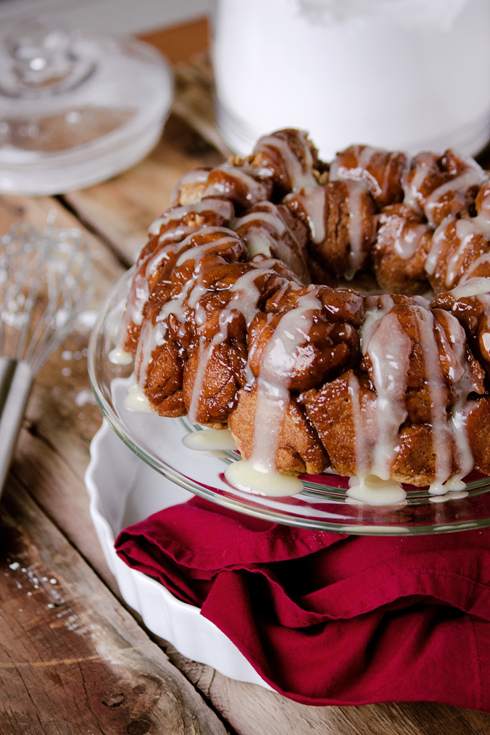 Maybe they think I’m a little high-strung, but so what? I’m gonna continue to fill plates, glasses and tummies – and there’s not a damn thing anyone can do about it.

And don’t tell me to relax, either.

I wouldn’t suggest putting this dough in the refrigerator, as it didn’t rise well for me after I pulled mine out in the morning (resulting in a somewhat dense, but still delicious, bread). Otherwise, I hope you’ll enjoy this recipe as much as I did. The additional spices and molasses work very well in this form. Don’t forget to load up on the glaze!

In a small bowl, combine the yeast, granulated sugar and warm water. Set aside for about 10 minutes, until the yeast activates and the mixture becomes foamy.

In a small saucepan, combine the

In a small saucepan, combine 2 tablespoons of the butter butter, the milk, and the molasses. Heat until the butter melts, stirring occasionally, and set aside to cool to room temp.

In the bowl of a stand mixer, combine flour, salt, ginger, cinnamon, cloves, and nutmeg with the paddle attachment. Attach the dough hook and turn the mixer to low speed. While the mixer is running, slowly add the room temperature (or slightly warmer – you just have to be careful not to kill the yeast) molasses mixture, then the yeast mixture. When the dough comes together, mix for 7 minutes on medium-low, or until smooth. The dough will be sticky (sticking to the bottom of the bowl is fine), but if it seems too wet add up to 1/4 cup additional flour, one tablespoon at a time.

While the dough kneads, lightly oil a large bowl. Set aside.

After the dough is smooth, turn it onto lightly floured surface and knead for an additional minute by hand to form a smooth ball. Place the dough in the oiled bowl and roll to coat in oil. Cover with plastic wrap, pressing it to the surface of the dough, and allow to rise until doubled in size, about 1 to 1.5 hours.

Generously oil or butter the loaf pan. Put the remaining 8 tablespoons of butter in a small bowl and melt in the microwave. Place the brown sugar in another small bowl.

Once the dough has risen, transfer it to a lightly floured surface and gently pat into an 8-inch square. Cut dough into 64 pieces (8 rows by 8 columns), then roll the pieces into balls. One at a time, dip the balls in butter, then roll in brown sugar and place in the bundt pan, distributing as evenly as you’re able.

Cover the filled bundt pan with plastic wrap, place in a warm spot, and allow to rise for 1 more hour. The balls should be puffy and about an inch below the top of the pan.

Preheat the oven to 350 degrees. Bake the monkey bread for 30-35 minutes, until the top is golden brown. Remove from the oven and cool in pan for 5 minutes, but no longer or you risk sticking. Invert onto a cake stand and cool for another 5-10 minutes. Drizzle with Creamy Whiskey Maple Glaze (below) and reserve the rest for dipping.

In a small bowl, combine all ingredients until smooth.