He meant it as a compliment, but it wasn’t terribly graceful for a number of reasons – one of which being the fact that he’d said it after setting his hand solidly over my knee. He knew I baked because he’s a friend of a friend, and I know he meant no harm, but the poor little guy had clearly had a too much to drink and it was causing him to word vomit all over my lap.

The unfortunate thing was that the topic he chose to explore was my body, and I was having a hard time putting up with it. 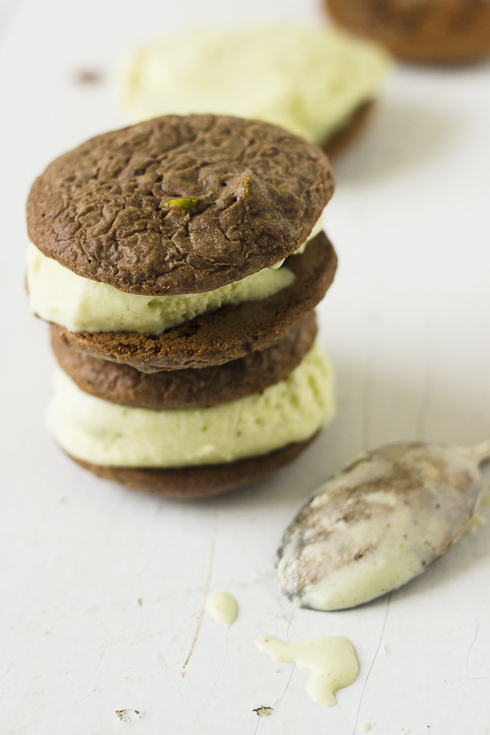 To begin, I have never been in shape in my life. I got called “fat” and “ugly” more times than I could count in school, and I was treated as you’d expect. When I was unlucky enough to end up in gym class without any of my friends, I was always – and I’m not exaggerating – “picked” last. I’d buddy up with the other outcasts and we’d be “ugly” and “fat” together, wishing with all of our misled pubescent hearts that we were skinny and pretty like everyone else.

The signs aren’t so hard to pick up on. Slowly you realize that maybe it’s best if you don’t speak, so no one can make fun of what you say. You learn to sit in the back of the class – away from the doors – so you’re not an easy target when your peers come in. You stop answering your teachers’ questions, you eat lunch in the yearbook room, and through all of it, you internalize, maybe subconsciously and maybe not, that you’re worthless; except maybe for providing entertainment for everyone who is just better than you.

I had my close friends and people who cared about me, but I got told once, by one of them, that I would be a lot prettier if I could just lose some weight.

It damn near killed me.

I thought my friends were different. I thought that was why we were friends – because they didn’t care and thought I was still an ok person, even if I was – GASP – fat. To be looked down upon with such a critical eye by someone that I thought I was close to was so painful and disturbing that I wasn’t really sure how to react. 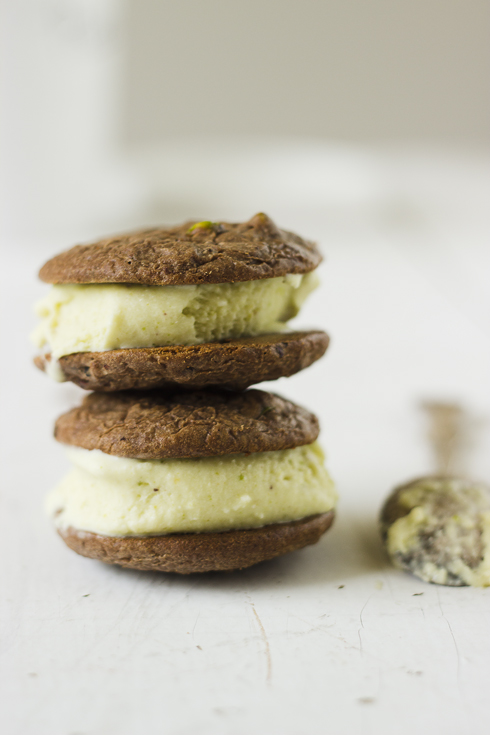 If one friend felt this way, might the others, too? They, the few people that I trusted, were all I had in the halls of my school, but I was suddenly afraid of everyone. For years, I felt that each person I encountered hated me, and I aimed to live an invisible life. If the people that actually liked and knew me couldn’t see past my exterior, how could a stranger be expected to? What was wrong with me?

Fast forward a bit, and the years saw to redistributed the weight. I made it out of high school alive, and I lost all commonality and touch with the assholes who took it upon themselves to put me down on a daily basis. I got out in the real world and realized that most people are well-adjusted enough to keep to themselves, largely for the fact that they have more important things to do than concern themselves with the size of my pants – or my nose.

But still, the world taught me to present myself in a different light. I worked hard to clear up my acne. I started dressing better. I learned how to do my hair. I started wearing makeup. I lost some weight simply due to the fact that I had to start walking to class instead of driving. Shockingly, even though I’m the same fat ugly person I always was on the inside, people started to treat me better.

It sucks because having been deemed “horridly ugly” in the past dictated so much of who I was, went on to be, and am – just because people care too much about something as moronic as what other people look like.

It sucks because I have been judged and treated like garbage, and I still see and hear people doing the same thing to others today.

It sucks because I got burned so bad in regards to my appearance in the past that I have a hard time reacting positively when someone makes a “complimentary” comment about the way I look, because it shouldn’t matter.

Maybe I would feel different if I worked out or if I made a huge effort to look any certain kind of way. If I had worked hard to get a six pack or something, then yeah, maybe I’d want people to recognize my diligence. But I don’t. And I haven’t. And I won’t. 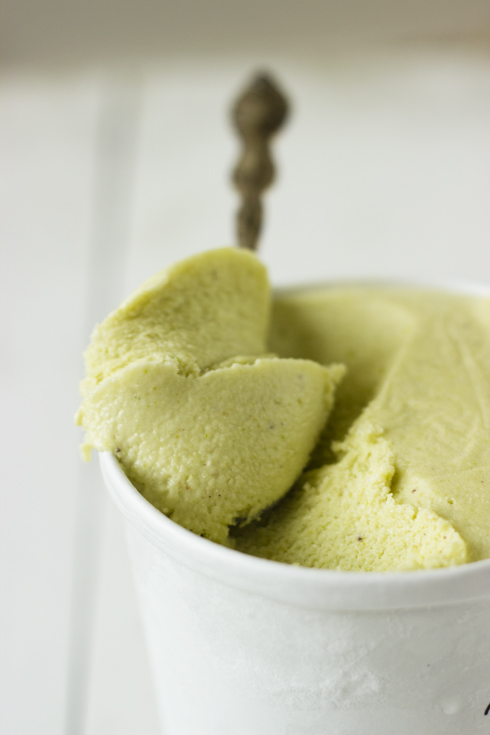 Contrary to what seems to be popular belief, it really isn’t your business what someone else looks like. My weight has never had anything to do with my value, and it never will. It frustrates me now to look back and realize that the whole time I was miserable and broken up about being “too fat” or “too ugly,” it was really just because I was too afraid to recognize the fact that I was, to be blunt, a pretty fucking awesome person, and it was all the assholes that had problems and needed to change.

I won’t have children for a long time, and this is nothing against my parents at all, but having gone through this realization makes me so eager for the chance to someday teach my own kids that they – and everyone else – are more than their bodies.

A good sense of self esteem is hard to develop. I know. I still struggle with it, to be completely honest. But it’s important because it helps you to let things slide when people are being simpleminded and shallow. If a person doesn’t have the mental capacity to see past your exterior and into your mind, imagine how difficult other simple things must be for them, hm?

So if you’re the kind of person that thinks it’s appropriate to to talk to someone about their weight or shape or anything else related the first time you meet them, then you just might be better off stuffing your face with a hamburger, some Natty, or maybe even a sip of coffee – whatever the current social situation deems appropriate. Because, think about it, if that’s what you’re focusing on, do you really care about the person at all?

Of course you don’t. 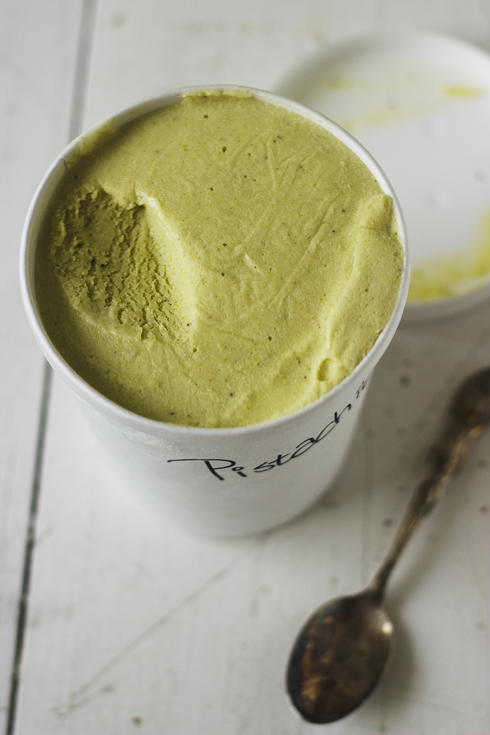 Pistachio Ice Cream Sandwiches
This method of making ice cream is a little different than you may be used to, but, after a few batches, I’m beginning to think I prefer it to custard bases containing eggs. It’s quick, easy, and tasty! I’ll be making a lot of it this summer and I’m sure you’ll see the base again soon.

Line two baking sheets and set the oven to 350F.

Combine the chocolate and butter in a small bowl. Microwave on 15 second intervals, stirring after each, until completely melted. Set aside to cool.

Combine the flour, baking powder, salt and cocoa powder in a small bowl. Set aside.

In the bowl of your mixer, combine the eggs, brown sugar and vanilla. Beat on high speed until light and fluffy, about three minutes. Beat in the melted chocolate, being sure to scrape down the side of the bowl. Fold in the dry ingredients, then fold in the cocoa nibs and pistachios.

Drop tablespoonfuls of the dough onto the lined sheets about 2-3 inches apart. Bake 12-15 minutes until the cookies are shiny and crackly, but soft in the center. Cool on sheets for ten minutes.

Put the pistachios in your food processor and grind to a very smooth paste. Pulse in the cream cheese just to combine, and scrape the mixture into a medium bowl. Set aside.

In a small bowl, combine about 2 Tbsp of the milk with the cornstarch to make a smooth slurry. Set aside.

Make an ice bath in a large bowl.

Pour the remaining milk, cream, sugar and corn syrup into a sauce pan and bring to a rolling boil. Stirring frequently, boil for 4 minutes. Remove from heat and pour in the cornstarch slurry. Whisk to combine, and place over heat again. Bring back to a boil and stir constantly until thickened, about one minute. Remove from heat.

Gradually add the hot milk mixture to the pistachio and cream cheese mixture, whisking constantly to combine. Place the bowl in the ice bath, being careful not to let any water spill in. Stir occasionally to redistribute, and place in the fridge to cool completely (I prefer overnight).

When the mixture is sufficiently chilled, pour into your ice cream maker and freeze according to your manufacturer’s directions.