I happened upon Jeni’s Splendid Ice Creams by chance. 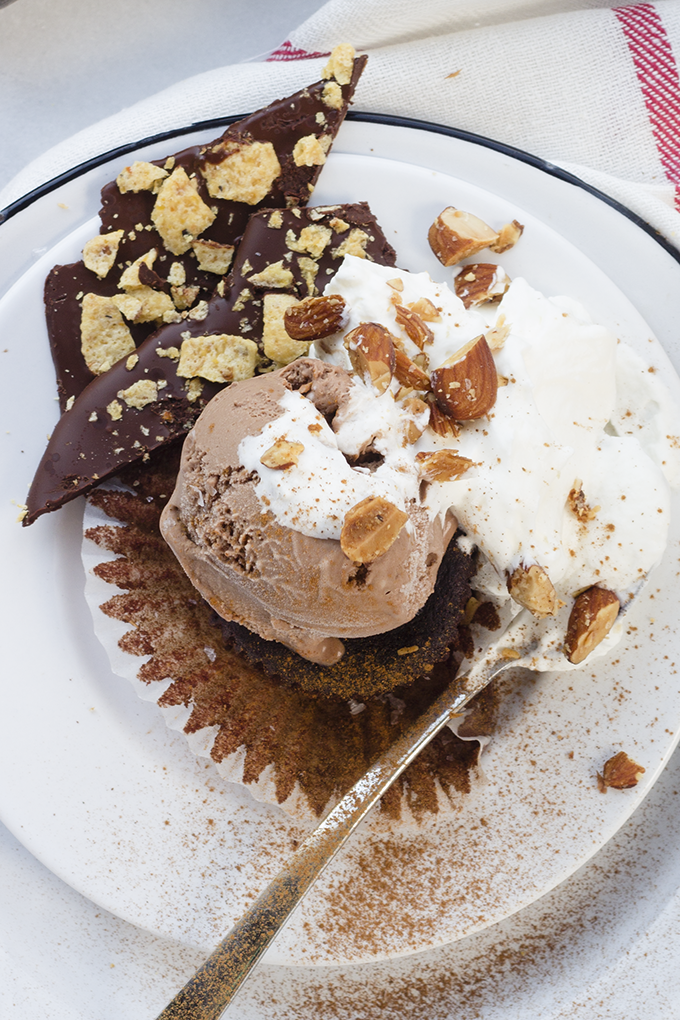 I was interning at a creative agency at the time, and, though I’m no designer myself, I was slowly becoming aware of what was considered “good” when it came to print. This made book shopping a new experience for me, which made me particularly excited to get my hands on Jeni’s first book. I was thrilled to recognize, for the first time outside of our office, that something REALLY had “it,” and I eagerly – but gently – flipped through the first couple of pages.

It took no time at all before I was enamored. Not only is the book beautifully designed, but I felt that I could hear all of the recipes – each of which is accompanied by a photo of a single scoop of ice cream atop a lovely vintage spoon – crying for me to give them a test drive. The writing throughout is sincere, and the page layouts are so thoughtful. I didn’t fight the urge, but I knew immediately that there was no way that I could leave the store without the book in my hands. 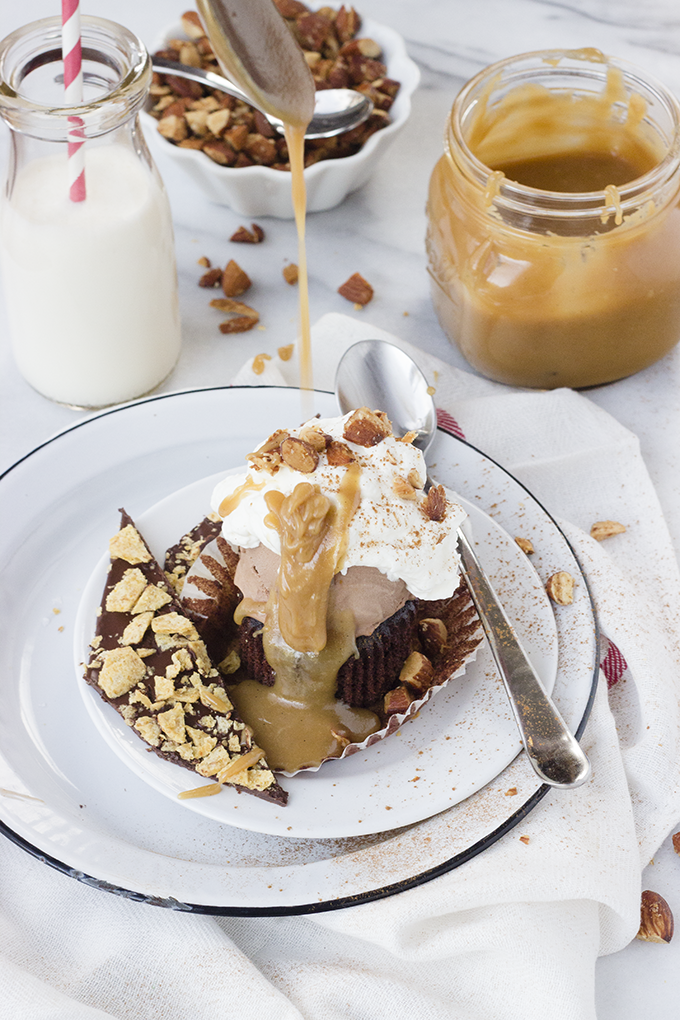 It’s been a few years since that purchase, and I’m happy to say that it’s probably the most often-consulted cookbook I own. I love what the cornstarch and cream cheese in her trademark ice cream base do for the texture – which is luscious – of the finished product. The recipes are quick to prepare – and simple too – but never to a fault. Despite the ease with which her creations come to life, they’re never lacking in flavor or imagination. Each component is a home run, every. single. time.

I don’t know Jeni personally, but reading the stories that she and her contributors weave across the pages sorta make me feel like I do. Working cover to cover, and seeing her continue to receive well-deserved praise in the media, just fills me with joy – like the excitement you feel when you see an old friend post about a new job or an engagement on Facebook. Is that weird? I hope not. 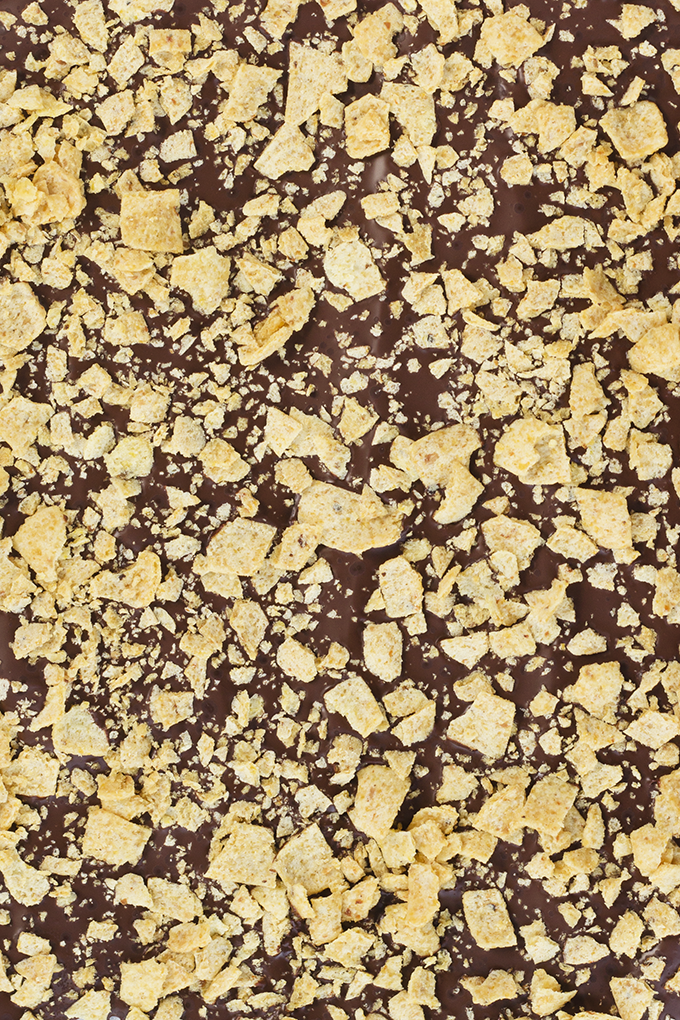 I’ve been thrilled to see her business growing over time, and can’t wait to make a trip down to Chicago to try “the real deal” at their newest location. 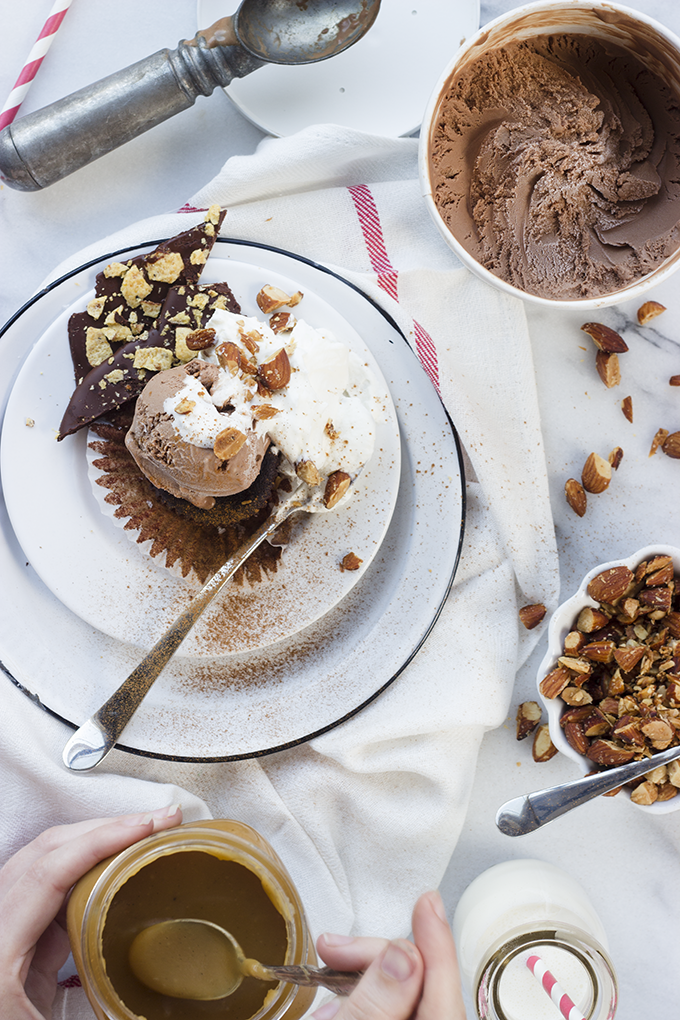 Recently, and quite unfortunately, there were a couple challenging PR cases that the company had to handle. I have to say, I was MAD impressed with how they went about it. Their transparency through discovery of listeria in their production facility, voluntary recall, temporary shut down, inspections, improvements, and reopening was really inspiring to read. They kept fans up-to-date across social media, all the while maintaining their trademark style – which isn’t something I’ve ever seen before. I don’t *technically* work in public relations, but I work closely enough with that department on a day-to-day basis that I can’t say enough how impressed I was with their control over the situation. To maintain brand image and tone through such a difficult series events was seriously mind blowing. I’m not exaggerating that I did a little cheer for the company every time I saw an update scroll across my screen. Awesome job, crew!! 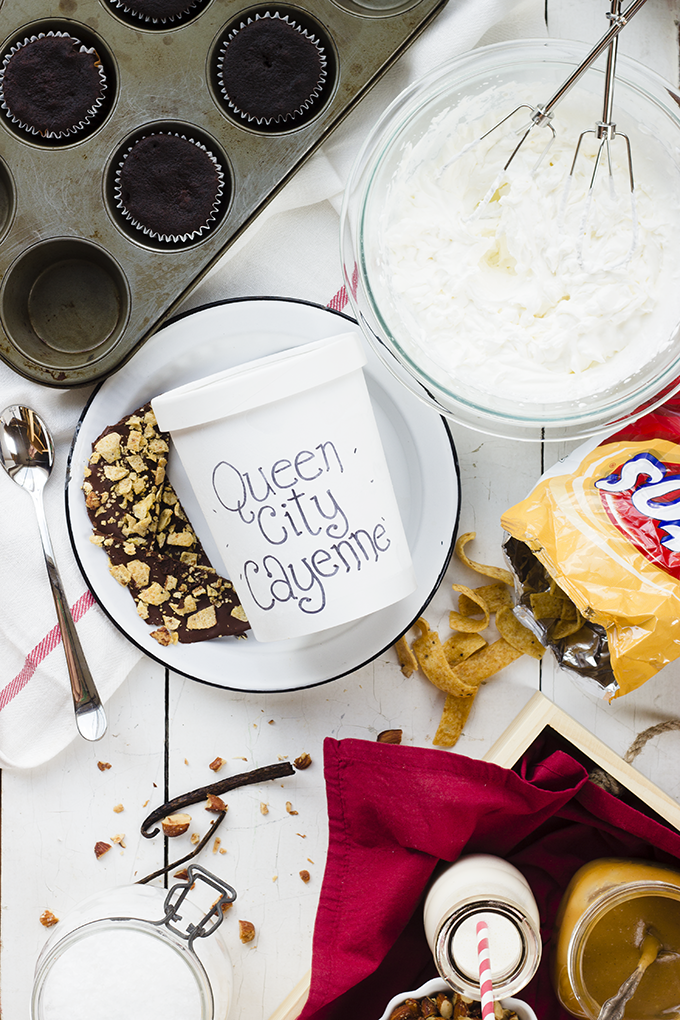 To top it off with a cherry, because life is a sundae (or something): Jeni was recently interviewed by the editors at Food and Wine, and she gave some of the greatest life advice I think I’ve ever read. I really recommend going to read the whole article (it won’t take you but a minute), but my favorite line from it all is the final [roughly paraphrased] thing she said in response to the prompt: “what advice would you give your younger self?”

“I didn’t follow my heart. I worked my ass off instead.”

Isn’t that just the most baller thing to say?! Seriously, I have a new hero, and it is everyone at Jeni’s. 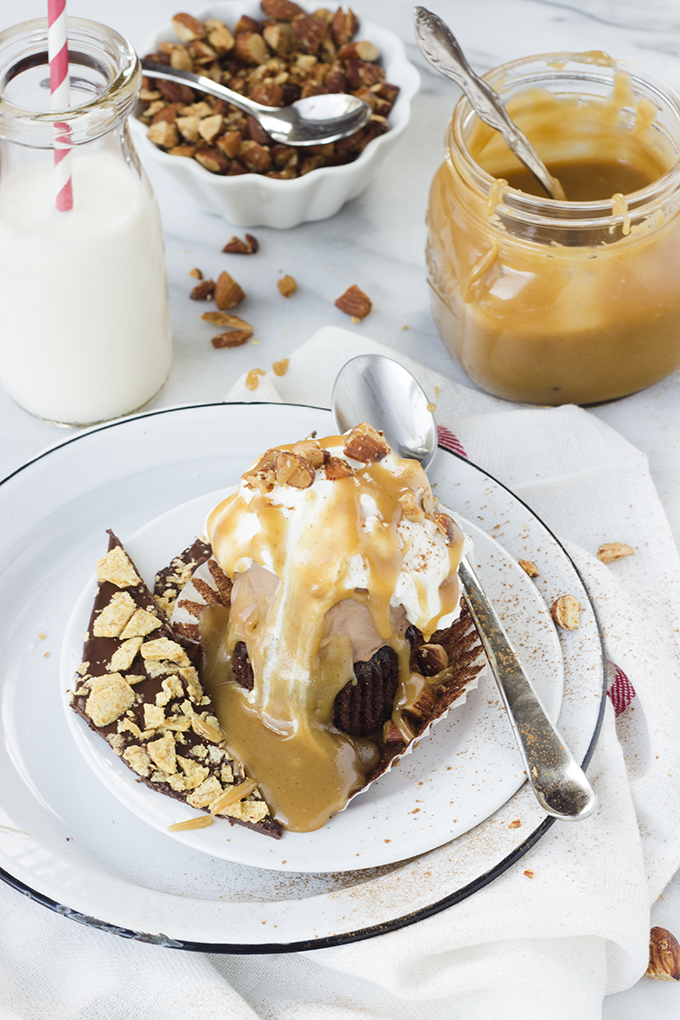 I was already itching to do a post about this topic when I came across Stefani’s announcement of this year’s 2015 Cupcake Project and Cuisinart Ice Cream Cupcake Contest. The timing couldn’t have been better, eh? I’m not sure I’m totally eligible since the bulk of this recipe is Jeni’s creation, but hey – I’m at least happy to spread the word about both Stefani’s and Jeni’s awesomeness! I say that you run out and buy one of Jeni’s books (I only own Jeni’s Splendid Ice Creams at Home (affiliate link) at the moment, but I don’t doubt her second and third books are just as incredible!) and then get inspired to make your own ice cream cupcake to enter Stefani’s contest 🙂 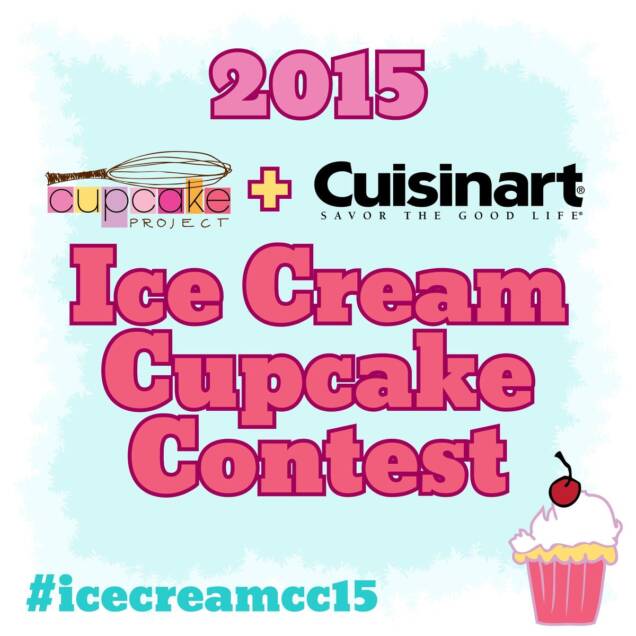 Save Print
It's salty, sweet, chocolatey, caramely, and spicy - what more could you want?! The differences in textures, flavors, and temperatures are sure to drive your tastebuds wild. This will make about a dozen cupcake sundaes, with extra ice cream to keep you going.
Author: Mostly Jeni Britton Bauer
Ingredients
Method
3.2.2925