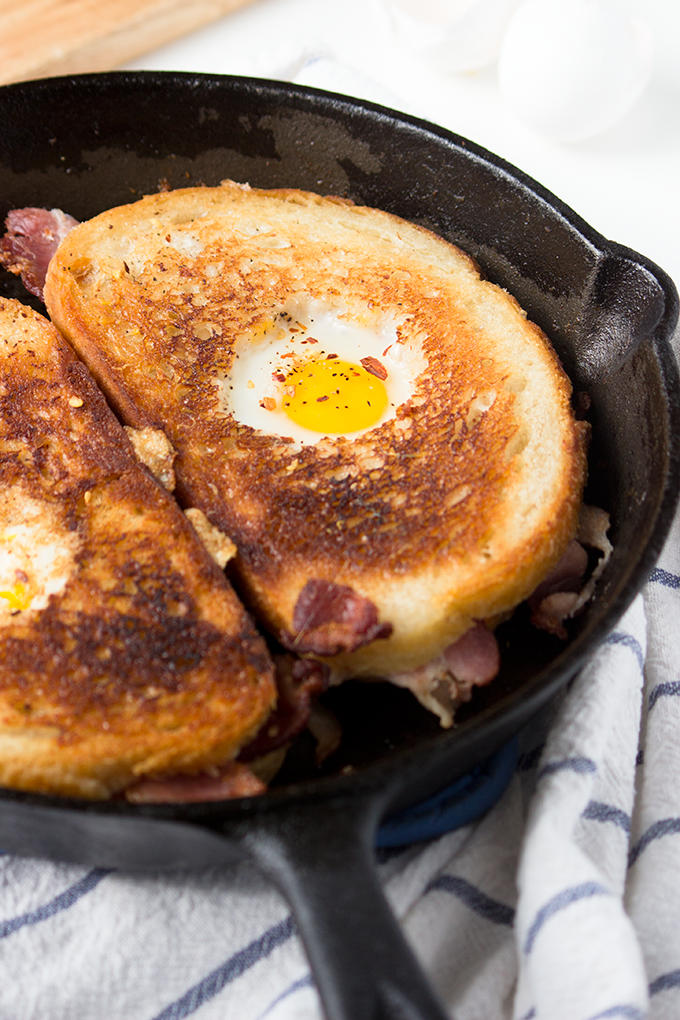 A few weeks ago, S and I had one of those busy weekends that wasn’t really a weekend at all. We barely saw each other; our time consumed separately by personal commitments that kept us apart well into the early hours of the morning.

When I finally saw him on Sunday evening, he suggested that we take the following day off work to sleep in and make breakfast together – our favorite weekend tradition. I didn’t need much convincing. I agreed, added apple picking to our loosely-planned itinerary, and then we dropped our respective superiors notes to explain the situation.

Later that night, we stopped at the grocery store to pick up ingredients for breakfast. We left with a small loaf of sourdough, a brick of bright-orange cheddar cheese, half a pound of thickly sliced bacon, and a dozen ivory-colored eggs. We briefly considered searching for ingredients to use in a fancy at-home dinner, but decided, instead, to discuss the logistics of dining at a tapas place in Brighton on the way home from the orchard. We planned doughnuts and cider for lunch, watched a movie, drank some wine, and hit the hay. 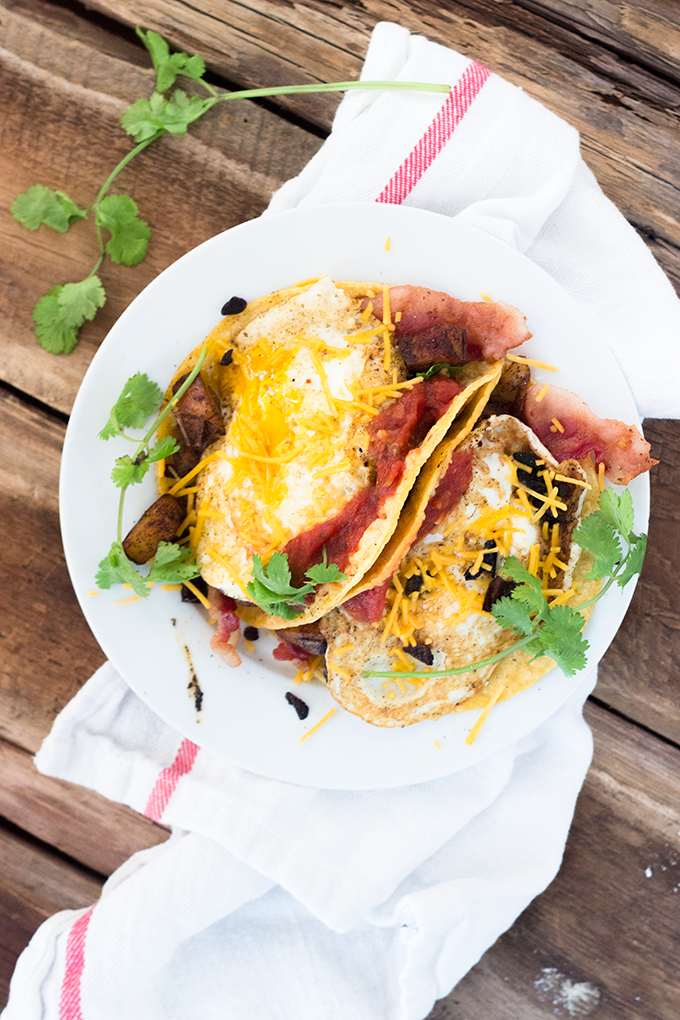 We didn’t get out of bed until 11:15, when we were fully drunk on what must have been a week’s worth of cuddling. I made an obnoxious breakfast – a pair of indulgent Bacon Cheddar Grilled Cheese Egg in a Holes, for which the recipe follows – and then we started to get ready to leave.

But “getting ready” proved difficult. It was nice outside and all, but our pajamas were simply too comfortable. We were procrastinating something serious, but it was a welcome experience. Neither of us really cared if we made it to the orchard – or beyond – that day, so we were ok with moving slow.

As I brushed my hair, S asked me if I might be interested in trying the computer game he’d been writing. His voice was casual, but subtly laced with concern. He explained that he wasn’t completely happy with it, and was considering scrapping the month’s work to start fresh with a new concept.

I was eager to try it, mostly because I  wanted to prove to him that, duh, of course the game he made was awesome. I said yes, so he fired it up and slid the laptop in front of me.

I wasn’t critical, but I gave him my feedback as I raced the green car around the race track. The aim was to navigate the curvy course as quickly as possible, collect golden rings, and drive through portals to teleport and advance along the course. After some struggling, I triumphantly snagged the final ring, zoomed across the checkered finish line, and sat back to watch as the screen to rotated and retracted. 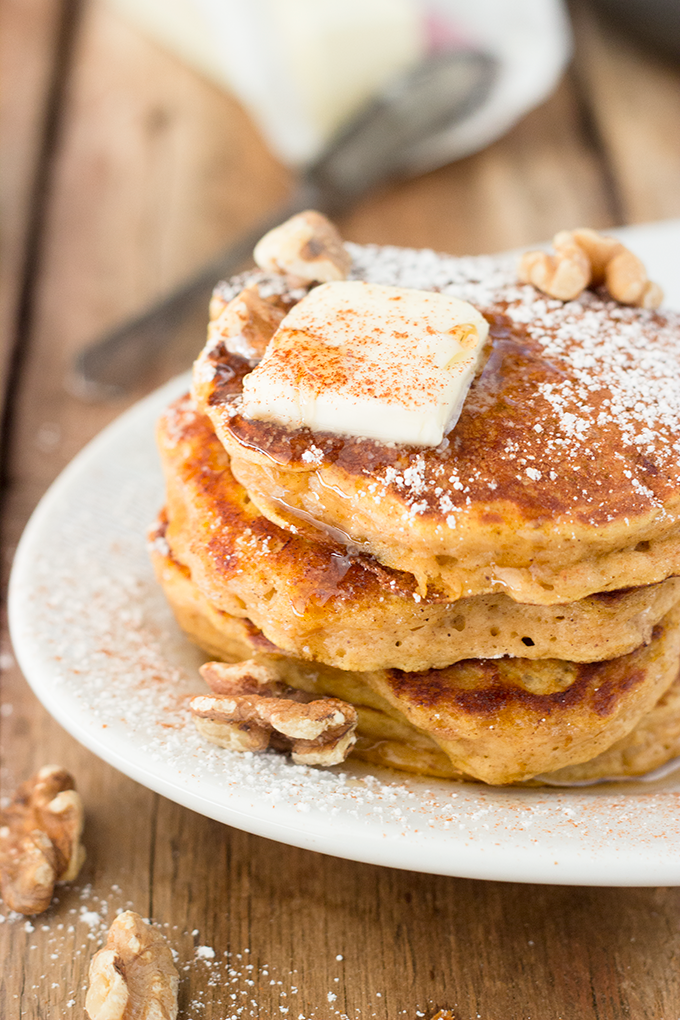 Now displayed in a birds-eye view, I finally understood why he’d chosen rings and teleportation, which – admittedly – were unusual additions to an otherwise normal racing game. As the screen stilled, it was revealed that the separate tracks of the course were more than just squiggly shapes.

S slid off of his chair and down onto one knee, presenting a beautiful ring.

“Will you marry me?” He said, to echo the words displayed on the screen

He said some really nice stuff, though neither of us really remember what. I do recall, however, that he mentioned how much he enjoys our mornings together, and that he loves starting each day with me. 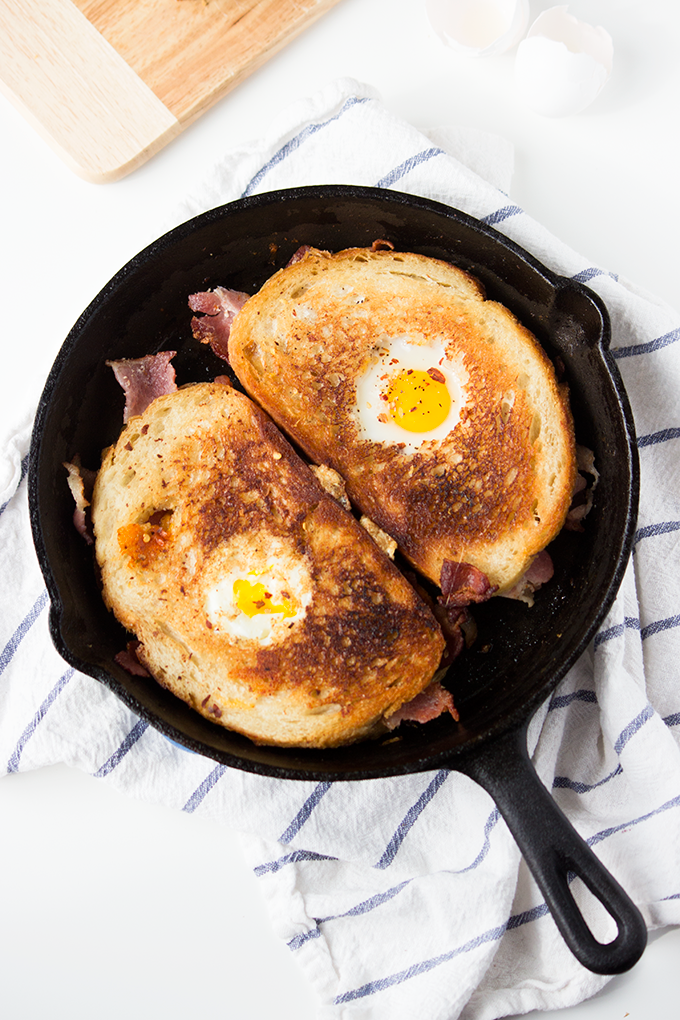 It made me happy that I’d just captured a couple images of the breakfast we shared that morning so I could share the recipe – and some images of other breakfasts we’ve made – with you today.

Save Print
It's like a grilled cheese but it's better because there's bacon and eggs and you get to eat it for breakfast. I was inspired by BuzzFeed, who has step-by-step instructions (including animated gifs!!!) on their site
Ingredients
Method
3.2.2925